Regime bombardments have struck areas that were designated as demilitarized zones in the Idleb agreement reports Smart News Agency. 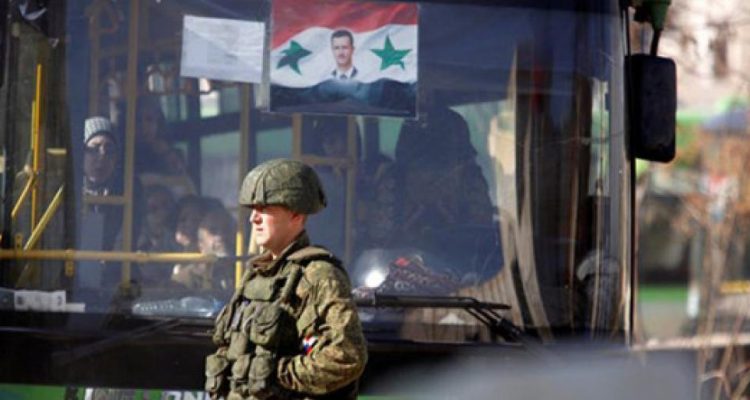 In the space of just one month, 750 families were displaced from the al-Huwayz village north of the city of Hama to Idleb province, as a result of the heavy bombardment by Assad regime forces, which caused major destruction of civilian homes.

Local activists said that as a result of the regime’s repeated bombardment, a large number of village residents were displaced, with only 200 families remaining. The displaced headed to the Atmeh and Deir Hassan camps as well as the Jabel Zawiya area.

In a statement to Smart, the head of the village’s local council, Mohamed Khitab, said that before the bombardment the village had been home to 8,250 people, including 1,750 displaced people.

Regime forces are continuing to strike liberated areas, especially those that there included as part of the demilitarized zone, following the Idleb agreement. The bombardment of al-Howija village, north of Hama, recently wounded a woman and caused damage to homes.

Cities and villages of the northern Hama countryside have seen widespread displacement as as result of the bombardments. The Humanitarian Response Team said that 88,942 people, most of them women and children, had been displaced from Khan Sheikhoun alone.

Local media said that civilians fleeing the bombing had mostly headed toward the camps near the Turkish border. The head of the National Coalition for Syrian Revolutionary and Opposition Forces, Abdurrahman Mustafa, condemned the continuous bombardment by regime forces on the areas included in the Idleb agreement, and asked what role the  United Nations had to play toward protecting Hama’s civilians, in addition to the role of “Assad’s guarantors” in stopping his “criminal and terrorist behavior.”

Assad’s forces also struck the Markaba village north of Hama without causing any damage. Regime forces deployed in the town of Shathah also bombarded the village of Bas al-Taqa north of Hama with rockets, without any dead or wounded.