At least 12 Syrians have died overnight at the al-Hol refugee camp homing the families of ISIS fighters reports Al-Araby al-Jadeed. 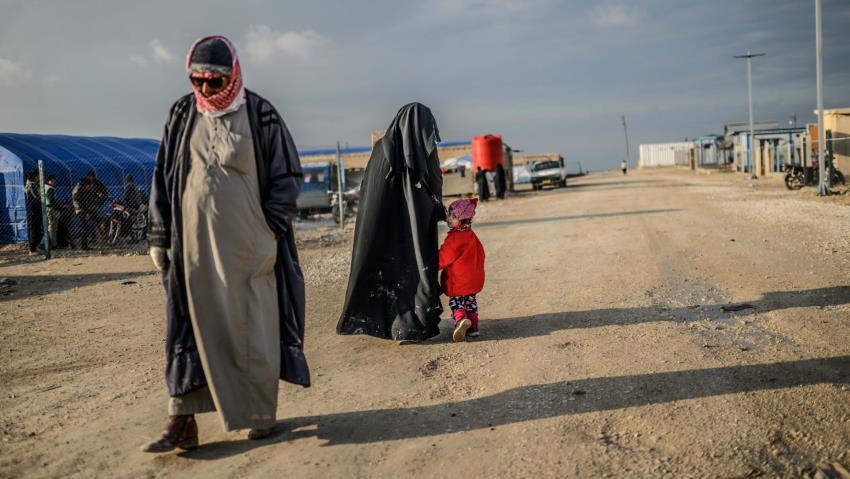 “Last night, another 2,000 women and children arrived at al-Hol camp in northeast Syria from Baghouz. Up to 60 arrivals needed immediate hospitalisation and there were another 12 deaths recorded,” IRC said in a statement on Thursday.

Al-Hol was made famous in the UK after it was revealed to be the location of a British woman – Shamima Begum – who moved to Islamic State group territories in 2015, with her baby dying shortly after being hospitalised outside the camp.

Footage from the camp has shown women and children forced to sleep in the open, despite the bitter cold. Al-Hol is said to be home to 72,000 people, including 40,000 children.

Wendy Taeuber, IRC’s Iraq and northeast Syria country director, said some of the refugees in the camp are suffering from injuries sustained during the Syrian Democratic Forces battle to take Baghouz camp city.

“These women and children are in the worst condition we have seen since the crisis first began. Many have been caught up in the fighting and dozens have been burnt or badly injured by shrapnel,” she said in the statement.

“There have now been at least 138 deaths on the way to al-Hol or soon after arriving at the camp since early December. The deaths have overwhelmingly been of babies and infants,” IRC said.

Thousands of civilians left Baghouz after the SDF surrounded the tent village, which is the last redoubt of IS in eastern Syria.

Baghouz has been now been captured by the SDF, who have said they will announce the liberation of the camp once the area has been fully secured.

SDF fighters are combing the area for the booby traps and the last IS fighters, who might be holding out in tunnels and trenches around the village on the River Euphrates.

“Our forces are still conducting combing and search operations and as soon as they are finished we will announce the liberation,” Mustafa Bali, spokesman for the Syrian Democratic Forces, said according to Reuters.