The incident caused a wave of far-right anti immigrant protests in Germany, which has accepted the largest number of refugees in Europe writes Asharq al-Awsat. 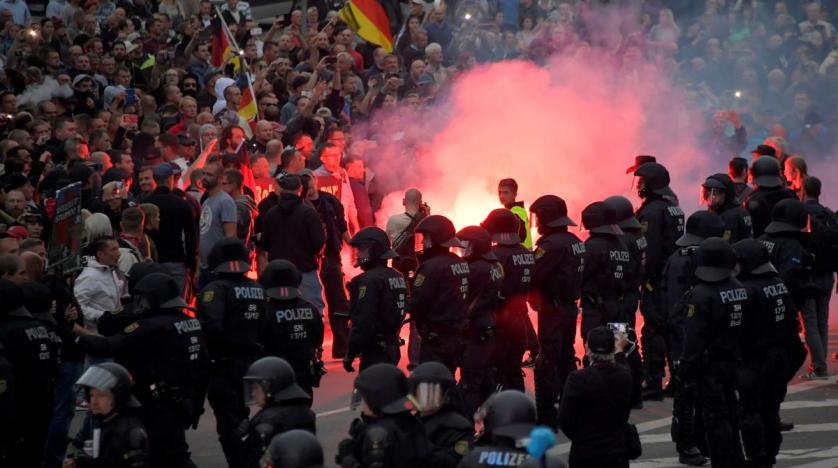 A 22-year-old Syrian asylum-seeker has gone on trial in Germany over the fatal stabbing in August of a German that sparked far-right protests in the eastern city of Chemnitz.

German news agency dpa reported that the trial opened Monday at the state court in nearby Dresden, where it is taking place because of security concerns.

The defendant is identified only as Alaa S. in line with German privacy rules.

Prosecutors say Alaa S. came to the aid of an Iraqi man who fell while fighting the victim identified as Daniel H., 35.

The public prosecutor accuses the Syrian of having committed “manslaughter and grievous bodily harm” together with another person. The indictment builds on evidence given by one witness, who claims to have seen Alaa S. making stabbing motions. Yet the witness does not recall seeing an actual knife.

Alaa S. insists he is innocent and was not at the scene of the crime when it happened.

The Iraqi suspect is being sought on an international arrest warrant.

The incident sent a shock wave through Chemnitz where thousands of neo-Nazis and others assembled to protest migration.