A funding shortfall, the US withdrawal from Syria, attacks on Baghouz and the Syrian National Coalition in Europe. Catch up on everything that happened over the weekend. 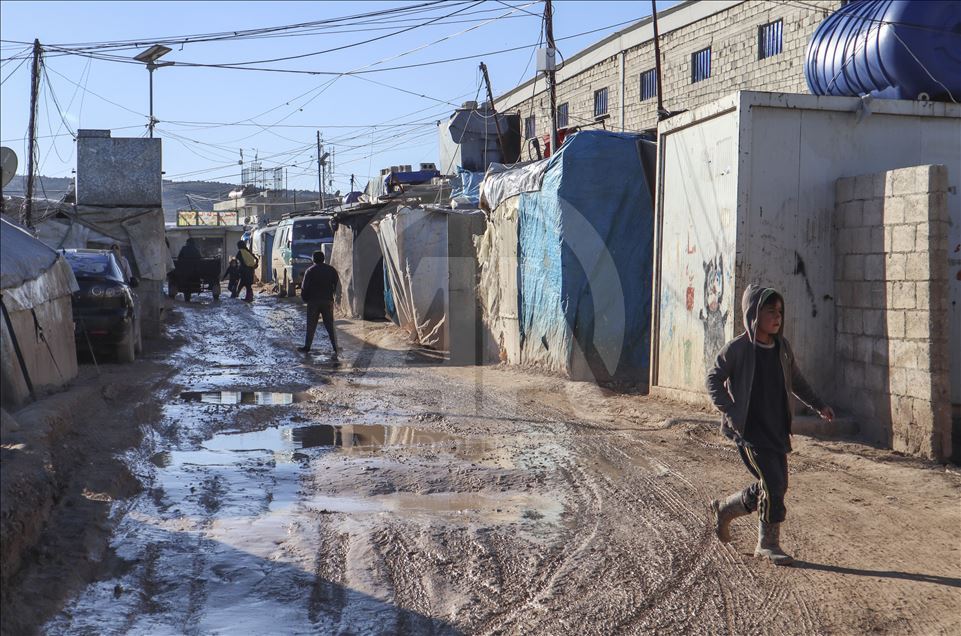 1. On Thursday, international donors pledged nearly seven billion dollars in aid for civilians caught up in Syria’s bloody civil war but the total fell short of what the UN says is needed. According to AFP, the European Union led the pledges with two billion euros, but the conference failed to drum up the nine billion dollars the United Nations said was needed to help the millions of Syrians forced to flee the country as well as those facing a humanitarian crisis at home. European powers reiterated that progress on a UN led peace process must come before they release funds to rebuild Syria – although they have dropped their insistence that President Bashar al-Assad must go.

2. US Special Envoy to Syria, James Jeffrey, said on Friday that there is no timetable for an American military withdrawal from the war-torn country, and that a small number of troops will remain in Syria for the foreseeable future. During an online briefing, Jeffrey was quoted by Al-Araby al-Jadeed as saying that there is “no timetable” for the US American withdrawal and confirmed that a smaller force would remain. “We anticipate that with a smaller force and with far less combat [and] with the final battle against the Islamic State about to finish we will have far less costs than [before],” he said.

3. Ten civilians were killed in the latest aggression launched by the US-led coalition on Baghouz in the southeastern countryside of Deir ez-Zor. Civil sources told SANA that the warplanes of the US-led coalition on Sunday shelled Baghouz and its surroundings, claiming the lives of at least ten civilians, including children and women fleeing from Islamic State terrorists.

4. US Congresswoman Ilhan Omar has voiced her support for the Syrian people, as they commemorate the eighth anniversary of the uprising against Bashar al-Assad’s regime. A message sent out on Saturday by Rep. Omar on Twitter stated her backing of Syrians, coinciding with the eight anniversary of the revolution, which began on Mar. 15, 2011. “The people of Syria revolted against Assad’s repressive dictatorship eight years ago today, demanding a more just and free government. Peace loving people around the world stand in solidarity with them in this struggle!”

5. President of the Syrian National Coalition, Abdurrahman Mustafa, and an accompanying delegation will arrive in the German capital Berlin on Monday as part of a European tour. He will discuss the consequences of the Assad regime’s serious military escalation against civilians in Idleb as well as ways to push the political process forward. According to the Syrian National Coalition, the delegation will be meeting with a number of officials from the German government and parliamentary blocs on Monday and Tuesday. Mustafa said that the Coalition is discussing with allies ways to prevent the Assad regime from committing more crimes against civilians. He added they will discuss the situation in northeastern Syria, pointing to the need to clear the region of all terrorist organizations and enable the Coalition to work on the formation of local councils elected by the local population to restore stability in that region.