Women in Syria are facing increasing pressure as they become the main breadwinners in their families and are victim to the worst abuses of the Assad regime writes Syrian Network for Human Rights. 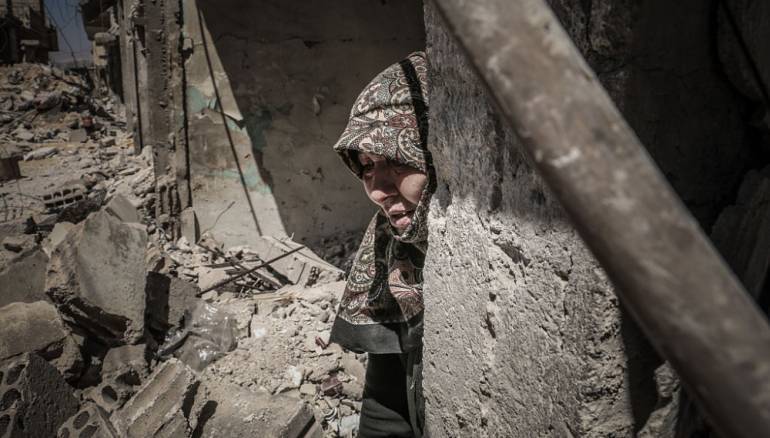 The fundamental rights of Syrian women – whether social, security-related, economic, health or psychological – have deteriorated severely at every level following the Syrian regime’s brutal retaliation against Syrian society, in response to the outbreak of the popular uprising for democracy in Syria in March 2011.

Whilst it’s true that all parts of Syrian society have been affected by the repercussions of the conflict, women have been affected worst due to their responsibilities and their social and health status. Women have also been subjected to various types of violations, including extrajudicial killings, arbitrary arrest, torture, executions, enforced disappearances, sexual violence, enforced displacement, siege and denial of healthcare and basic services. Many of these violations, especially killing, torture and enforced disappearance, are of such a vast magnitude that the country now suffers the worst rates globally.

Syrian women and girls have been directly and systematically targeted by all sides of the conflict, primarily the Syrian regime, whose crimes are on such a massive scale that they far outweigh the crimes of any other perpetrator in the conflict. Women have been targeted for many reasons, including their effective contribution to social, humanitarian, political, human rights, relief, medical and media work, or simply because they are females, with the objective of marginalizing and breaking them, and to suppress society and intimidate them with horrendous consequences of opposing the state authorities.

Women are a particular target due to their fundamental role in Syrian society. Additionally, women have suffered other types of violations, including constraints and restrictions on work, education and clothing, as well as access to appropriate healthcare in areas controlled by the Islamic State and Hay’at Tahrir al Sham. They have also suffered from forced conscription in areas controlled by the Syrian Democratic Forces, as well as persecution, intimidation, and blackmail in areas under the control of factions of the armed opposition. Many women have also suffered from the loss of the main breadwinners in their families, as well as living in dreadful living conditions in light of displacement, and from early and forced marriage.