Three killed in explosion, British jihadi bride looses child, Russia calls on the US to withdraw from al-Tanf and eight die from landmine. Catch up on everything that happened over the weekend. 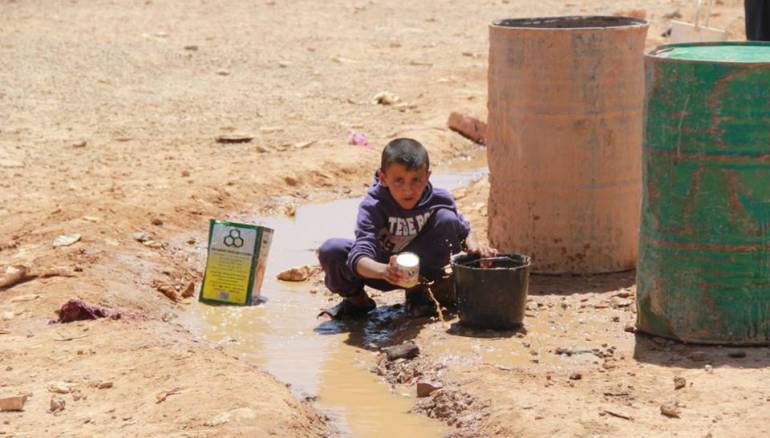 1. Three people were killed when a motorbike exploded in Syria’s northern city of Jarabulus, according to local sources. Anadolu News Agency reported that the bike exploded late Friday, as bomb-disposal exports were attempting to defuse it, the sources said on condition of anonymity due to restrictions on speaking to the media. One person was also injured in the attack.

2. A spokesman for the US-backed Syrian Democratic Forces (SDF) told AFP that the newly born baby of a British woman who fled her home in east London to join the Islamic State (ISIS) had died, without giving further details. But the BBC said he had caught pneumonia, citing a medical certificate. The mother, Shamima Begum, 19, had asked to return home after giving birth to her son Jarrah last month in the camp in northeastern Syria, but the UK refused. Begum told the UK authorities she wanted to return home to save her baby, saying that her two other children had died, apparently from illness and malnutrition. Begum was 15 when she left for Syria with two other schoolgirls, and was found by journalists in the refugee camp after fleeing from fighting between the terror group and US-backed forces.

3. The Russian and Syrian Joint Coordination Committees on the  repatriation of displaced Syrians, reiterated that the situation for the besieged civilians in the al-Rukban Camp in the al-Tanf area remains disastrous, adding that Washington should take steps to disband the camp and pull its forces out of the area. According to SANA, on Saturday, the committees said in a joint statement that US-backed terrorist organizations have been forcibly detaining thousands of civilians for 1,773 days, who are willing to leave the area occupied by the US troops. “The situation in the camp remains disastrous, its residents have to survive in the most difficult conditions, facing militant violence on a daily basis,” the statement read, adding, “We once again call on the US to take steps to dismantle the al-Rukban camp and ensure the safety of those who are willing to return to their homes and leave the illegally occupied areas of Syria,” the statement said.

4. On Saturday, eight civilians were killed and eleven others were injured when a landmine, left behind by ISIS terrorists in the area surrounding of Arek village in Tadmur (Palmyra) desert, exploded, SANA reported. The victims, The Syria Times reported, are people who work in raising livestock and who were being transported in a truck with their families in search of pasturage. The Director of Palmyra National Hospital, Dr. Walid Awdeh, told the reporter that 19 people arrived at the hospital; eight of them were dead on arrival, 5 women and 3 children, while 11 others sustained various injuries, including maiming, broken bones, contusions, and other wounds.