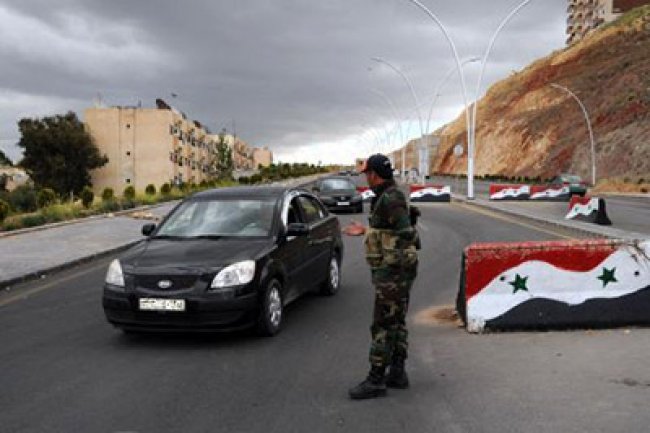 The wife of a Syrian journalist is being held captive by military intelligence to pressure her husband to surrenders himself to security in Daraa province, local activists said Tuesday.

On Monday, military intelligence forces stopped and arrested the wife of Mohamad al-Sharaa at a checkpoint between the cities of Daraa and Damascus.

The notorious security division said the woman would be released as soon as her husband surrenders himself.

Syria is one of the most dangerous places in the world for journalists.

At least 123 journalists have been killed covering the conflict in Syria, with regime or military officials suspected to be responsible for more than half of those deaths, according to the Committee to Protect Journalists (CPJ).