The two men arrested by German authorities have been named as Anwar Raslan and Iyad al-Omar, both of whom have been charged with crimes against humanity reports Al-Modon. 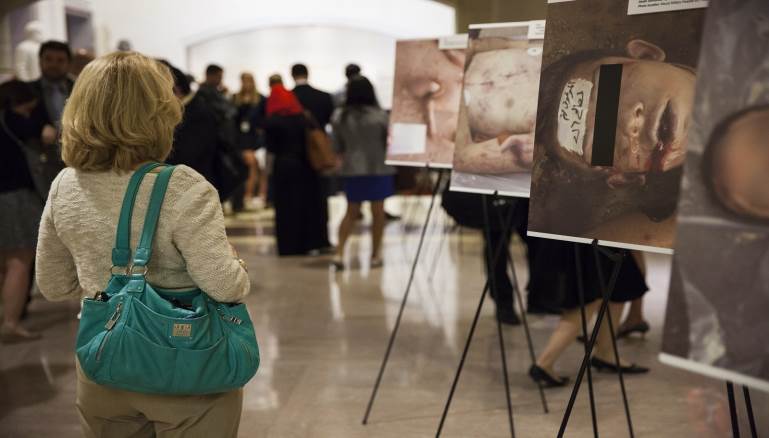 It has become clear that the two Syrian intelligence officers arrested by German authorities two days ago are Anwar Raslan and Iyad al-Omar. They are charged with committing crimes against humanity while they worked for the regime, before defecting.

Raslan was head of the investigation section at Branch 251 and later Branch 285 of the General Intelligence Service. His colleague Omar is accused of involvement in the killing of two people, and the physical abuse of about 2,000 people between 2011 and 2012. He was responsible for the arrest of about 100 people a day, who were transferred to the interrogation branch run by Colonel Raslan.

Raslan has been a refugee in Germany for years, while Omar has been living on German territory since 2018. Recently, the German Federal Prosecutor gave orders to have them arrested. One of the men is based in Berlin and the other in the border town of Zweibrucken on the borders with France. The security authorities quickly arrested a third officer, apparently in connection with the cases against Raslan.

Raslan joined the opposition military delegation that participated in the Geneva negotiations in February 2014. In addition to Raslan, the delegation included defected Brigadier General, Fayez Amr, Brigadier General As’ad al-Zu’bi and Irfan al-Hammoud. The delegation participated in the negotiations as military consultants. Raslan applied for asylum in Germany in 2014, after the Geneva conference.

According to the German prosecutor’s office, eyewitnesses provided information of crimes committed by the two former officers between 2011 and 2012. In June 2018, the German prosecutor issued an international arrest warrant for the head of the Air Intelligence Service, Major General Jamil al-Hassan, after nine Syrians accused him of murder, torture and physical violence.

In November 2018, the French Public Prosecution issued an arrest warrant against the head of the Office of National Security, General Ali Mamlouk, and Jamil al-Hassan, and the head of the investigation branch of the Air Intelligence in Damascus, Major General Abdel Salam Mahmoud, following a lawsuit that was compiled by the French War Crimes Unit, by a Syrian-French Obeida Dabbagh in October 2016, for the murder of his brother and nephew, under torture at Mezze airport in 2013.

The Office of the Prosecutor and the Federal Criminal Investigation Office in Germany are investigating more than 20 regime officers who are thought to have committed war crimes and crimes against humanity in Syria. The investigation is being carried out in partnership with the Public Prosecutor’s Office in Paris. The parties have set up a joint investigative team to track down war criminals, facilitating the exchange of information and testimonies.

Director of the Syrian Center for Legal Studies and Research, Anwar al-Bunni, said on his page on Facebook, “A change in the position or attitude of a person does not exempt him from prosecution for crimes he has committed, especially crimes against humanity… If we protected criminals who say they support the revolution, we would justify the criminal Bashar al-Assad in protecting the criminals who support him.”