Jordan is the latest Arab state that is set to start the process of normalising relations with the Syrian government reports Human Voice. 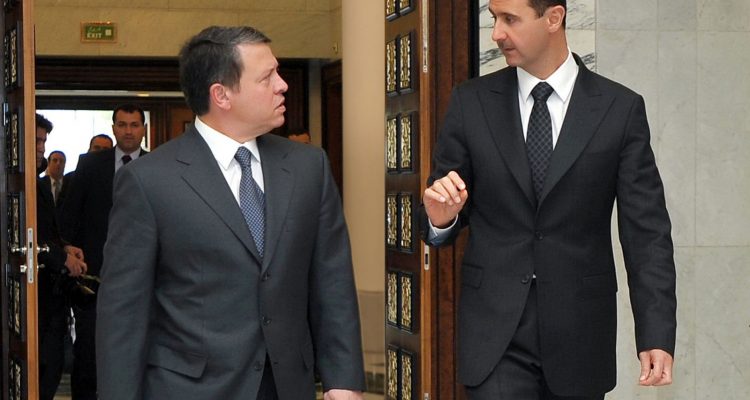 On Thursday, the Jordanian Al-Ghad newspaper reported that the kingdom had officially invited Syria to participate in the 29th Conference of the Arab Inter-Parliamentary Union to be held in Amman next March.

The newspaper quoted parliamentary sources as saying that the invitation was sent by the Speaker of Jordanian Parliament, Atef Tarawneh, to his Syrian counterpart, Hammouda Sabbagh.

Syrian participation, if it accepts, will come after years of their absence, caused by the decision to boycott Syria and to freeze its membership to the Arab League.

This invitation was made after several indications that the process of normalizing relations between Syria and Jordan has begun, including the recent increase in the level of diplomatic representation for Amman in Damascus, and the visit by a Jordanian parliamentary delegation to Syria, where they met with President Bashar al-Assad in 2018. The kingdom has also called for the restoration of Syria’s membership to the Arab League.

This has coincided with steps taken by other Arab countries, and the rising voices calling for Syria to be returned to the Arab League. The Syrian government was stripped of its membership in 2011 after the start of the military-political crisis which is still ongoing.

The most prominent development was the visit of the first Arab leader to the Syrian capital since 2011, which was carried out by the President of Sudan, Omar al-Bashir, who met with Assad, as well as the announcement by the United Arab Emirates and Bahrain that their embassies would once again start working in Syria.

Syria’s invitation to participate in the conference also comes amid many questions about the possibility that Damascus will be invited to March’s Arab summit in Tunisia.

During the crisis in Syria, relations between the two countries witnessed a state of “political estrangement,” the signs of which became clear when the kingdom expelled the regime’s ambassador in May 2014.

Since the beginning of the crisis in Syria, Jordan decided to remain neutral in its public position about what was occurring, calling on all international forums for a political solution guaranteeing Syria’s security and stability.

However the Bashar al-Assad regime stuck to a skeptical tone, continuously accusing Amman of supporting “terrorist gangs” in Syria, which Jordan denied in whole and in part.

What is occurring in Syria is, in practical terms, not in Jordan’s interests, especially economically. Historically, Damascus has been a gateway for a majority of Jordan’s exports.

According to official statistics, the value of Jordanian exports fell to 13.9 million dollars in 2016, which is well down on the 255.5 million dollars of exports that were recorded in 2011.