The economic summit in Beirut will bring together many of the heads of Arab states, but not Syria reports Damas Post. 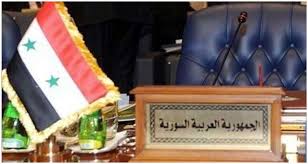 On Thursday, Syria’s ambassador to Lebanon, Ali Abdel Karim Ali, said that Syria had declined to participate in the economic summit being held in Beirut from Friday to Sunday after it was extended an invitation by the Lebanese president.

Ali said in an interview with Al-Mayadin, “It’s natural that we should decline to participate in the economic summit with our respects to the inviting party, because the Arab League has not reviewed the wrong it committed against Damascus.”

Ali said there were many views in Lebanon which, “saw the need to invite Syria to the economic summit.” He said that, “The Lebanese and Syrian people are brothers and the economic and living conditions require economic integration between the two countries.”

The Syrian ambassador to Lebanon told Al-Mayadin, “Syria’s sovereignty is an important issue and we appreciate it when our brothers review their positions.”

He added, “Syria is comfortable with what we have achieved on the ground and with the failure of the gambles taken by Arab and Western countries that went to war with us. We are confident that those who took these mistaken gambles against us will look for ways out—primarily for the sake of their interests.”

Ali closed the interview by saying, “Syria is victorious, militarily, politically and diplomatically, and this is a victory for all honorable people of the world.”

The high council organizing the Arab Economic and Social Development Summit in Beirut announced that preparations for the summit were complete, while the Libyan Government of National Accord announced it was boycotting the summit, because of what it described as negative reactions in Lebanon toward Libya’s participation.