Lebanon has been warned by the US, that if it takes part in the reconstruction of Syria, then it could be subject to US sanctions reports Al-Akhbar 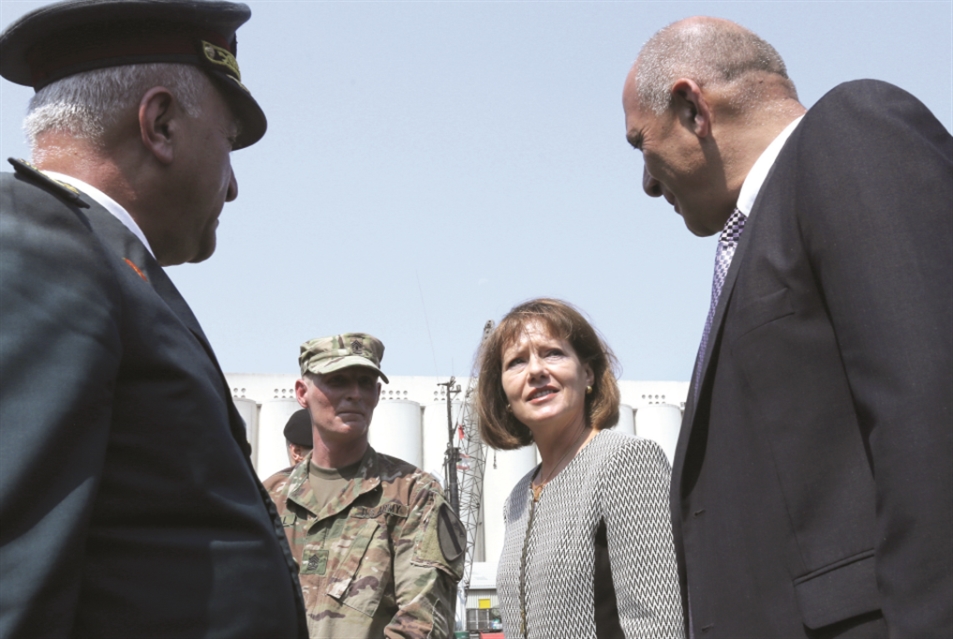 Al-Akhbar has obtained a copy of a secret cable sent by the Lebanese embassy in Washington to Beirut, which includes the United States position rejecting that Syria be invited to the economic summit, and threatening Lebanon with economic sanctions if it participates in Syrian reconstruction.

The American message came in response to the Lebanese embassy in Washington requesting its “viewpoint” on inviting Syria to the summit, which will be held in Beirut on Sunday.

The reply in the cable said, “The Lebanon office in the US State Department informed us in writing, after the employee consulted his superiors in the Department about our question, as follows: ‘We urge Lebanon and all member countries of the Arab League to refrain from extending an invitation to Syria. We also urge Lebanon not to take any measures contributing to securing financial resources for the Syrian regime, for example by making investments or sending funding for rebuilding. Any financial or material support for the Assad regime or its backers could be subject to American sanctions.”

Despite all the signs of an Arab-Gulf opening toward Syria, it appears that Syria returning to the Arab League will not occur unless there is an American decision.

An official in the Lebanese Foreign Ministry denied that Syria not being invited to the summit was a result of the American decision. “This is an Arab issue, and the views of the United States did not enter into it.” The official added that, “Washington’s view is not binding on us. Many countries have expressed their viewpoints on several issues—that does not mean that we are obligated to carry them out.”

In response to a question about why the Lebanese mission in the United States sought their view on an Arab issue, if they were not concerned with what Washington thought, the official said, “The cable may be worded incorrectly. We did not ask our mission in Washington to ask American officials about their position, and it’s not permissible to do so in the first place.”

The second serious point in the cable sent from Washington is the threat to impose sanctions on Lebanon if it participates in Syria’s reconstruction. Will Lebanon be subject to American pressure, and miss an opportunity to put its relations with Damascus back on the right track because of its political and economic interests? Open statements from Foreign Minister Gebran Bassil do not suggest he will be an outlet for American views. He said on Friday, “We have been suffocated by the war in Syria, and Arab markets have been shut in our face. It is not reasonable for us to suffocate ourselves in a time of peace. We are at the forefront of those calling for Syria to return to the Arab League.”

Bassil added, “After war there is building. Is it reasonable that we punish ourselves and not participate because there are countries that have prevented us and will impose sanctions if we participate?”

Bassil stated this position after his first meeting with the American Under Secretary for Political Affairs, David Hale, saying that, “Lebanon is interested in taking part in Syria’s reconstruction, and this must be taken into account.”