The Qatari Foreign Minister said that people in Syria were still suffering from bombardment and displacement at the hands of the regime writes Hurriya Press. 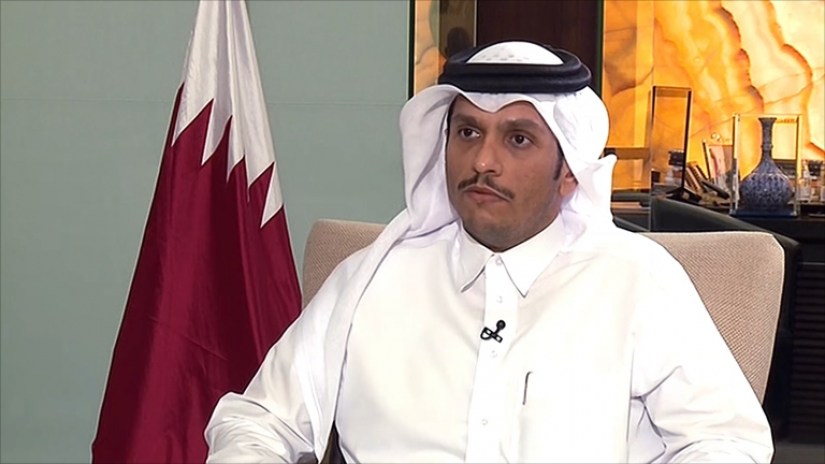 Qatari Foreign Minister Mohammad bin Abdulrahman al-Thani, has said that the reasons that led to the suspension of the Assad regime’s participation in the Arab League were still there.

The Foreign Minister added during a joint press conference in Doha with the Chairman of the African Union Commission, Moussa Faki, that, “there have been no encouraging signs of normalizing relations with the Assad regime.”

He said that his country, “still opposes the return of Syria to the Arab League and does not see any need to reopen an embassy there.” He added that, “the reasons that led to the suspension of the Assad regime’s participation in the Arab League are still present.”

The Qatari Minister said that, “at this stage normalization with the Assad regime is normalization with a person implicated in war crimes.” He added that “the Syrian people are still undergoing bombardment and displacement by the regime.”

Kuwaiti Deputy Foreign Minister Khaled al-Jarallah said earlier this month that his country’s embassy in Damascus would not return to operations until a decision was made by the Arab League.

At the end of last month, Bahrain and the United Arab Emirates announced that they were reopening their embassies in Damascus after eight years. Abu Dhabi justified this by saying that “the current developments in the region make an Arab presence in Syria necessary to confront Iranian encroachment,” according to statements by the Emirati Minister of State for Foreign Affairs, Anwar Gargash.

The Arab League suspended Syria’s membership in November 2011, months after the eruption of the Syrian revolution against the Assad regime. At the Doha Summit of 2013, the President of the National Coalition for Syrian Revolutionary and Opposition Forces, Moaz al-Khatib, took Syria’s seat alongside the Syrian flag adopted by the forces and activists of the Syrian revolution.