With the threat of a Turkish incursion, talks between the regime and Kurdish groups have begun, although results have been limited reports Enab Baladi 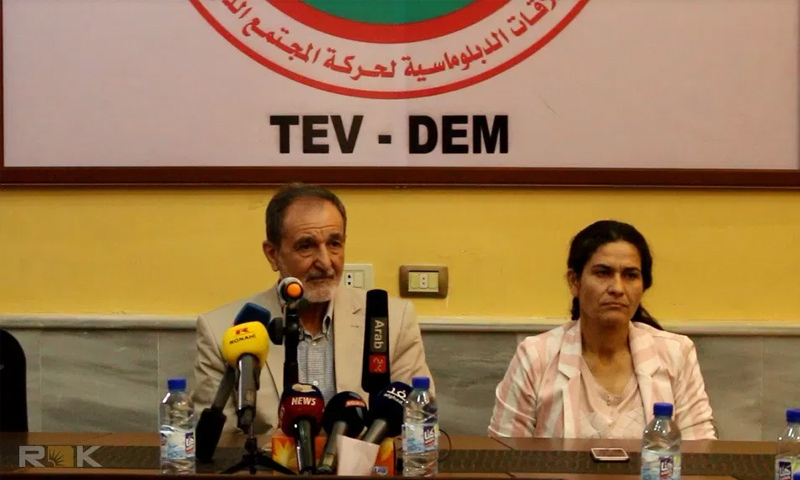 The President of the Executive Agency of the Syrian Democratic Council (SDC) said that the recent Kurdish talks with the Syrian regime have “not yielded a result.”

During a meeting between the SDC and tribal sheikhs and notables in the al-Darbasiyeh area in the Hassakeh countryside on Sunday, Ilham Ahmed said that the talks had failed because of the Syrian regime’s insistence on its old policy and imposing its control over the area on the pretext of Syrian unity.

Ahmed said that the Kurdish groups of northeastern Syria opened the door to negotiations with the Syrian regime a number of times “but to no avail.” She said that the Kurdish plans which have been put forward for discussion “did not include the partition of Syria or any form of secession.”

While he considered the results of the talks “positive,” he said that previous talks with Kurdish groups “had not been encouraging” although he expressed optimism about the current talks.

The negotiations between the SDC and the Syrian regime began after the United States announced it was withdrawing forces from eastern Syria last month.

Kurdish forces negotiated with the regime in order to bring forces into the Manbij city in an attempt to prevent Turkish forces from entering and implementating the decision of Turkish President Recep Tayyip Erdogan, who announced last month that there would be a military operation “soon” against the Kurdish People’s Protection Units (YPG) in Syria.

Commenting on that, the President of the Executive Agency in the SDC said that, “We knew from the beginning that America would not stay for long, and that is why we have relied on the resistance of our forces.”