Efforts to readmit Syria into the Arab league have increased, with Iraq leading the way reports Al-Watan. 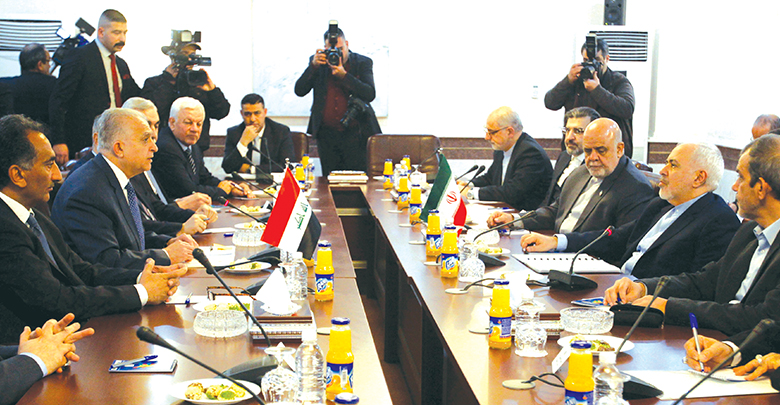 The “Syria file” is a major issue and the most prominent factor in regional movements and statements after the American decision to withdraw from Syria.

Syria’s return to the Arab League is one of the main subjects of discussion during the visit being carried out by Egyptian President Abdel Fattah el-Sisi to Jordan.

Opposition media sites have quoted Egyptian diplomatic sources as saying that the visit will witness, “an exchange of viewpoints around the Syria file and put forward the problem of Syria’s return to the Arab League and the current arrangements by some Arab countries to fill the vacuum left by America in Syria.”

In a joint press statement with Zarif held after their talks in Baghdad, Alhakim said, “We discussed the solutions put forward to eradicate terrorism in Syria and to support the Syrian government and the unity of its territory and its sovereignty over all Syrian territory. We also discussed support for Iraq’s efforts to return Syria to the Arab League.”

Jordanian Foreign Minister, Ayman al-Safadi, said during a meeting with his French counterpart, Jean-Yves Le Drian, that his country’s priority was similarly to “end the Syrian crisis and to restore the situation to normal, in order to realize the circumstances that will permit the voluntary return of refugees to their country.”

He said that, “Jordan is bearing the burden of meeting the needs of 1.3 million of our brothers, and we encourage the return of those brothers to their homes as soon as possible.” He renewed the call to return Syrians residing in the al-Rukban camp to their country, saying, “The return of the al-Rukban residents to their countries is the only solution for this issue. We had successful Jordanian-American-Russian cooperation in the southwest, and we are counting on cooperation to confront the challenges in the southeast and to secure the return of the residents of al-Rukban to their cities and towns.”

According to a Jordanian Foreign Ministry statement, there was also discussion of invigorating efforts to reach a political solution to the Syrian crisis as well as the implications of Washington’s decision to withdraw its forces from Syria.