Conflicting reports, claims and counter claims have created a state of uncertainty in Manbij, as the fate of the city hangs in the balance. 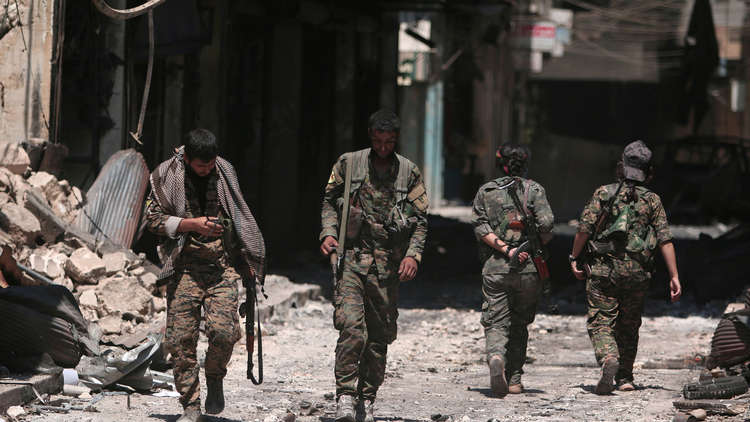 Mixed reports are coming from the city of Manbij in northern Syria, which has been a target for both Turkey and the Syrian regime for months now.

The Syrian Army Says It Has Entered the City of Manbij

The Syrian regime’s army says it has entered the city of Manbij, according to state media, after the country’s main Kurdish armed group invited government forces to take control of the northern area and protect it from a threatened Turkish offensive.

“Manbij residents who we spoken to have said that they have not seen any sign of Syrian forces in their city but we know that Syrian government troops have already been on the outskirts of the city, where they were part of the International Coalition fighting the Islamic State (ISIS),” he said.

In addition, a resident of Manbij who spoke to The Associated Press from the town on condition of anonymity said there was no sign of government troops.

Major Yousef Hammoud, the military spokesman for the National Army has denied the entry of the regime’s forces into the city of Manbij, accusing the regime of lying.

What happened, he said in a statement to Orient.net, was that the regime had brought military reinforcements the area of al-Taeh, which is already under regime control, and about 16 km away from Manbij.

Inside the city, the Syrian regime flag was raised by some PKK members on one official building, Hammoud explained.

The spokesperson for the Syrian Democratic Forces (SDF), Cihan Ahmed, denied media reports attributed to them welcoming the entry of the Syrian army to Manbij.

Media reports had said earlier that the SDF support the entry of the Syrian regime’s army to Manbij in order to maintain Syria, and attributed this position to the SDF spokesperson Cihan Ahmed.

“We support the entry of the Syrian army into Manbij, in order to preserve Syria,” Ahmed was quoted as saying.

Ahmad, however, denied unequivocally in a statement to Russia Today these media reports and said that the reports are “totally untrue”.

On Friday, the main Turkish-backed Syrian rebel force said that its convoys, along with Turkish forces, were moving towards the frontlines with the Syrian town of Manbij, in “full readiness… to start military operations to liberate the town,” according to The Daily Star.

“In the current situation, we are still supporting the integrity of Syrian soil. These areas belong to Syria. Once the terrorist organizations leave the area, we will have nothing left to do there,” President Recep Tayyip Erdogan told reporters after Friday prayers in Istanbul.

“It’s not just about Manbij, we are aiming to wipe out all terrorist organizations in the region. Our main goal is that the YPG learns the necessary lesson here,” Erdogan said.

Erdogan’s comments came after the Turkish Defense Ministry said the YPG has no authority to invite other elements into Manbij, and warned all parties to refrain from destabilizing the region.