Turkish plans to attack east of the Euphrates draws support and warnings, Russian and Syrian business grows closers and Syrians return to Hajin. Catch up on everything that happened over the weekend. 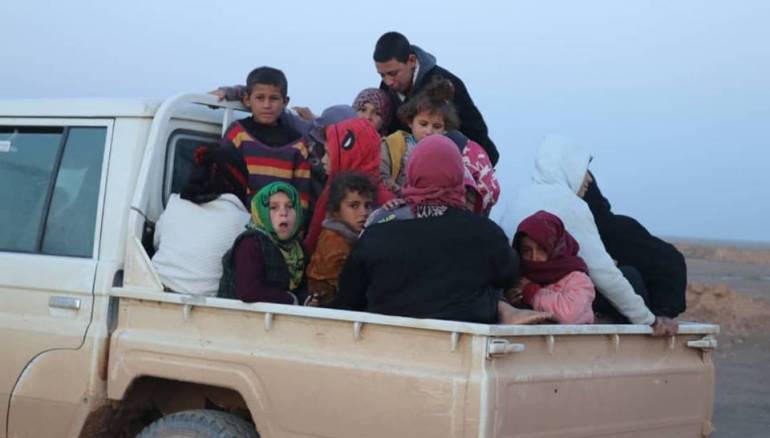 1. The Syrian National Coalition has announced its support for Turkey’s plans to invade areas controlled by the Syrian Democratic Forces (SDF) in north-eastern Syria. President of the Syrian Coalition, Abdurrahman Mustafa, said that the, “Syrian people continue to suffer at the hands of the Assad regime and other terrorist organizations, including the Iranian Revolutionary Guard, Hezbollah, and the PYD militias.” He added that any military operation to eradicate these groups “will be welcomed and supported by the Coalition.” On Friday, the Free Syrian Army (FSA) said they were ready to participate in the upcoming military operation aimed at driving the PYD militia out of the area east of the Euphrates River. He pointed out that around 15,000 FSA fighters will join the Turkish armed forces in storming more than 150 PYD positions.

2. The US administration has warned against supporting Turkey’s planned military operation in Syria, east of the Euphrates River, near Turkish borders. Anadolu News Agency reported that US officials are threatening the Free Syrian Army (FSA) and the National Coalition not to support the planned Turkish operation. “Any participation by the Syrian National Coalition or the FSA in any way is an attack on the United States and the Coalition Forces, and will lead to direct confrontation with Coalition Forces and the United States of America. That will fully destroy the relations between the US and the Syrian National Coalition and the FSA,” the message read. The message continued, “US forces and Syrian Democratic Forces (SDF) [that is, YPG/PKK] are intertwined so that Syrian Democratic Forces (SDF) cannot be attacked without aggression and confrontation with Coalition Forces and US forces and advisers.” “When elephants dance, you must stay away from the dance floor,” the US officials said.

3. Syria and the Russian Federation signed the protocol of the 11th session of the Russian-Syrian Inter-Governmental Commission on Trade, Economic, Scientific and Technical Cooperation at the conclusion of its activities in Damascus. The protocol, according to SANA, was signed by Deputy Prime Minister and Foreign and Expatriates Minister Walid al-Muallem and Deputy Prime Minister of the Russian Federation Yury Borisov. The two sides signed the framework agreement to implement a roadmap for trade and industrial cooperation signed by the Chairman of the Planning and International Cooperation Authority, Imad Sabouni, and the Russian Deputy Minister of Industry and Trade, Georgy Kalamanov.

4. About 500 displaced Syrians have crossed into the Kurdish-held areas in eastern Deir ez-Zor province, following the fall of Hajin village, a key pocket for the Islamic State, near the Iraqi border. Zaman Al Wasl reported that the US-backed Syrian Democratic Forces (SDF) have allowed the displaced to enter and facilitated their return, as heavy clashes enter their fourth week in the jihadist group’s last major foothold. Some of the displaced were arrested by the SDF over links with ISIS, local activists said. On Friday, Hajin town was retaken by the SDF. Such a victory is a heavy blow to ISIS’s presence in Syria.