Razan Zeitouneh and three of her friends were kidnapped in the city of Douma, at a time when Jaish al-Islam was in control of the area reports Syrian Snack. 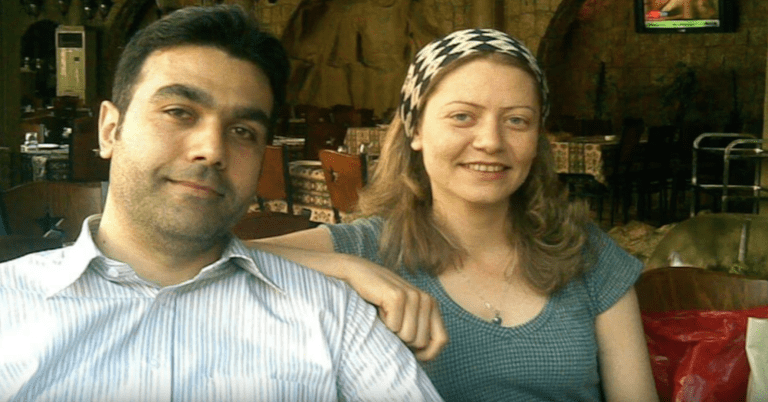 The Syrian Revolutionaries Gathering said that the Jaish al-Islam faction bore responsibility for the disappearance of the activist Razan Zeitouneh, Nazem Hamadi, Sameer al-Khalil, and Wael Hamadi from the city of Douma in 2013, which was under the group’s control at the time.

The group issued a statement, which Syrian Snack obtained, on the fifth anniversary of the disappearance of Zeitouneh and her friends, which has occupied public opinion for half a decade. They called for an independent investigation into the issue, while condemning the crime of kidnapping activists and civilians by any party, whether a rebel group or the government.

The statement added, “We hold Jaish al-Islam responsible for the disappearance of the four activists, given that they were the force in control of the city of Douma at the time of the kidnapping, and given that the investigation promised by the leadership of the faction was marred by serious flaws, especially in terms of the silence surrounding the proceedings of the investigation and its results, its lack of seriousness and objectivity, and in light of the fact that it was carried out without representation from the prosecution and families of the abductees.”

The group called on the rebel faction to declare that it would accept a transparent, independent investigation into the issue. It called for its leaders to reveal information in their possession and the facts of the four activists’ disappearance. It called on the relevant agencies in the Syrian opposition and Arab, Syrian and international rights organizations to mobilize immediately and carry out a transparent investigation into the issue of Zeitouneh and her friends’ disappearance. It said that the issue of their disappearance was “not separate from the issue of the freedom of the Syrian people they were defending. This crime of forcible disappearance will not be limited and the perpetrators will be held to account sooner or later.

Zeitouneh, 41, is a Syrian lawyer and activist. She was selected by the European Parliament with four other Arab citizens to win the Sakharov Prize for Freedom of Thought. With other activists, she established local coordination committees in Syria, and obtained the Anna Politkovskaya Award from Reach All Women in War. She disappeared with three of her friends on Dec. 9, 2013, when an armed group broke into her violations documentation office in Douma and kidnapped them. To this date, their fate is unknown.

Zeitouneh is not the only one to disappear into Jaish al-Islam’s prisons. Hundreds of civilians have been held in the group’s notorious al-Tawba Prison, and have disappeared without any information about their fate, which was considered a great mystery not resolved until after the group and its leaders left for northern Syria in accordance with a reconciliation with the government in April.