The Foreign and Expatriates Ministry has described the excavation works as a new war crime reports SANA. 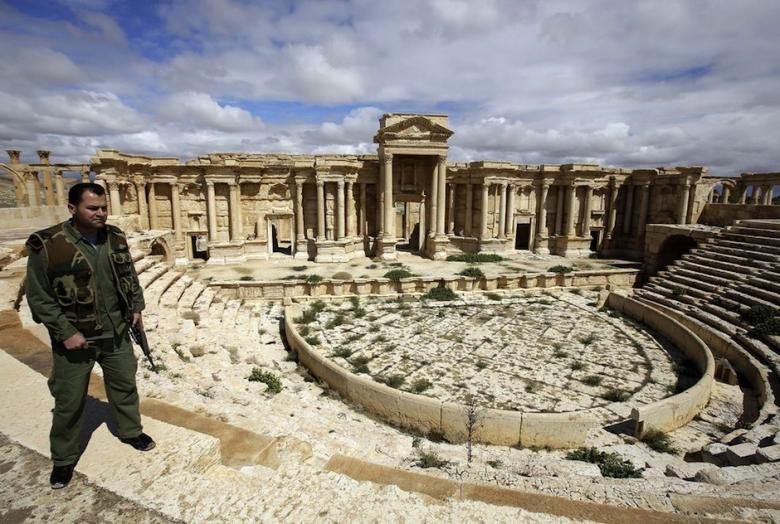 Syria condemned the illegal excavation works targeting its antiquities by US, French, and Turkish forces and their backers in the areas under their occupation.

On Monday, an official source at the Foreign and Expatriates Ministry told SANA that the Ministry condemns all illegal excavation works conducted by the US, French and Turkish troops and their agents in Manbij, Afrin, Idleb, Hassakeh, Raqqa and other areas under their occupation.

“There is an increase in excavations, looting and the theft of Syrian cultural heritage, which contributes to destroying it,” the Ministry said.

“Such works constitute a new war crime that is added to the crimes committed against the Syrian people, its history and civilization,” the Ministry said, adding that terrorist organizations and their supporters have been stealing antiquities and Syrian cultural heritage since the beginning of the war in Syria, as part of a scheme aimed at destroying Syrian cultural heritage and depriving the Syrian people of their past.

The Ministry called on the United Nations Educational, Scientific and Cultural Organization (UNESCO) to condemn these grave violations affecting Syrian cultural heritage and to expose the tools implemented and those behind them.

The Ministry reiterated the Syrian Arab Republic’s insistence on liberating all of its territories and preserving its national identity and culture heritage.