Among the cache was a variety of weapons, vehicles, communications devices and medical equipment reports SANA 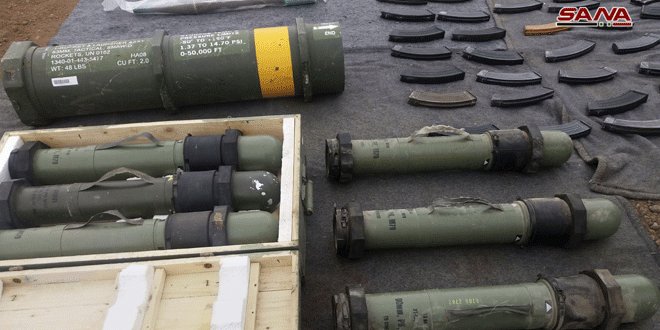 The reporter added that the authorities continue to comb all areas liberated from terrorism in the countryside of Damascus and Quneitra to secure the return of the displaced people to their homes and the resumption of normal lives.