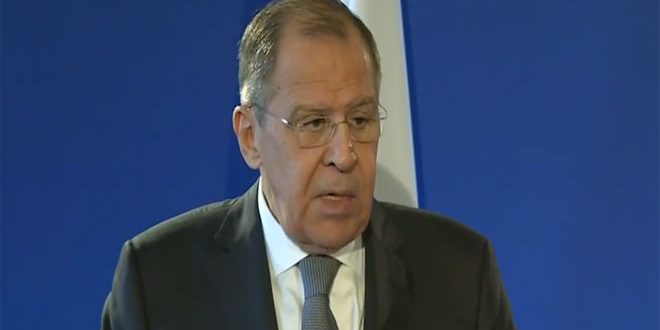 Russian Foreign Minister Sergey Lavrov said that his country and France agree on the need for a political solution to the crisis in Syria.

In a press conference on Tuesday, with his French counterpart Jean-Yves Le Drian held in Paris, Lavrov said that the two sides agreed on the need for a political settlement to the crisis in Syria in accordance with United Nations Security Council (UNSC) Resolution No. 2254.

He clarified that Russia also agrees with the other guarantor states (Iran and Turkey) in the framework of the Astana track, on the necessity of a political settlement to the crisis in Syria, based on the outcomes of the Intra-Syrian Dialogue Conference held in Sochi and the UNSC resolutions, particularly Resolution No. 2254.