It is expected that the ceasefire in Idleb, the constitutional committee and the release of prisoners will be at the top of the agenda reports Anadolu Agency. 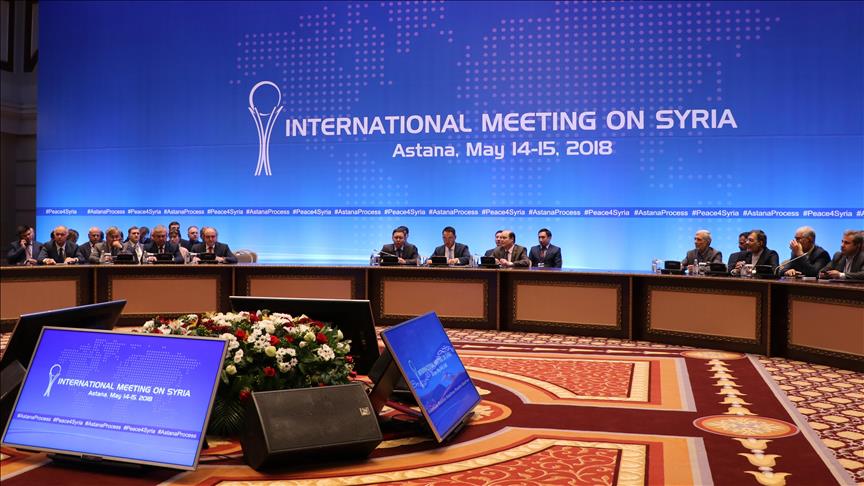 The 11th round of Syria peace talks in Astana are scheduled to start in the Kazakh capital on Wednesday.

After a six-month recess, the guarantor countries of Turkey, Russia, and Iran will meet once again in Astana to exchange views on various topics.

The ceasefire in Syria’s northwestern province of Idleb, efforts to establish a constitutional committee that will rewrite the country’s constitution and the release of prisoners are expected to top the agenda.

The meeting is set to be attended by the guarantor countries and the Bashar al-Assad regime, and the Syrian military opposition. The United Nations and Jordan were also invited to the meeting as observers.

Talks on Wednesday will be closed to the press, while Thursday’s main session — where all the sides will meet and a final declaration will be read out — will be open to media.

Turkey will be represented by Deputy Foreign Minister Sedal Onal during the talks.

On behalf of the main Syrian opposition group, Ahmed Tuma, the former Premier of the Syrian Interim Government, will take part in the talks while the regime will be represented by Bashar Jaafari, the regime’s Permanent Representative to the UN.

The US had not sent an official to the last two meetings.

The first meeting in the Astana format, for reaching a cease-fire in Syria, was held in January 2017.

Nine meetings were held in Astana, while the 10th meeting was held in Sochi this July.

The final declaration of the July summit held by the guarantor countries in Russia highlighted the establishment of a constitutional committee for Syria.

On Jul. 5, 2018, the Syrian Negotiation Commission submitted a list of 50 candidates to represent the Syrian opposition in the constitutional committee to UN’s outgoing Syria envoy Staffan de Mistura .

After a meeting in Sochi between Turkish President Recep Tayyip Erdogan and his Russian counterpart Vladimir Putin on Sept. 17, 2018, the two sides agreed to set up a demilitarized zone in Idleb, in which acts of aggression are expressly prohibited.

Under the terms of the deal, opposition groups in Idleb will remain in areas in which they are already present, while Russia and Turkey will carry out joint patrols in the area to prevent a resumption of fighting.

On Oct. 10, 2018, the Turkish Defense Ministry announced that the Syrian opposition and other anti-regime groups had completed the withdrawal of heavy weapons from the Idleb demilitarized zone.

Despite the ceasefire agreement, the Assad regime and its allies continue their low-intensity attacks on Idleb’s de-escalation zone.