Zaman Al Wasl's reporter had previously reported on the miscarriages suffered by Syrian women living in a refugee camp in the Lebanese town of Arsal. 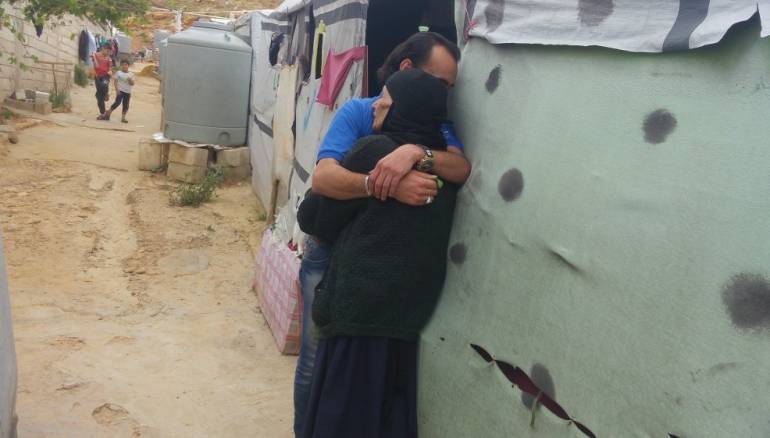 Abdul Hafiz al-Houlani was arrested early morning by the State Security who ordered the 40-year-old reporter to visit its branch in Hermel district.

20 Syrian refugee women miscarried in Arsal due to polluted water.

Zaman Al Wasl is condemning the arrest of Houlani.

Houlani was previously arrested in May by the Military Intelligence Division, who took him from his makeshift tent in the al-Wafa Camp to unknown destination.

A Lebanese Intelligence official revealed that the reason behind Houlani arrest is his media activities, according to one of the camp officials.

Since press freedom is fundamental to any democratic society, Zaman Al Wasl demands the Lebanese government release Houlani and not undermine freedom of speech under any pretext.

Last week, about 20 Syrian refugee women in the Lebanese town of Arsal miscarried due to the polluted water that might carried a deadly virus, medics told Zaman al-Wasl’s reporter.

A health official from the al-Irshad association, speaking on a condition of anonymity, said all cases examined and treated did not reveal any physical symptoms that would have caused miscarriages, such as drinking medicines or carrying heavy weights.

Their health records showed that they had not experienced any miscarriages before and that many children had had a normal birth.

Abou Abdulrahman, one of the Syrian refugees in the Huda camp in al-Masyada district, said the polluted water is the reason for the tragic loss.

The camp, which has witnessed five miscarriages, is home to 55 families.

“My wife, my sister, my niece and two of our neighbors miscarried on Tuesday,” Abdul Rahman said.

Zaman Al Wasl TV has interviewed the victims who demand the Lebanese authorities investigate the reasons behind the mysterious miscarriages, amid the mounting discrimination that refugees face in Lebanon.

For them, it’s not just a matter of polluted water.

About 55,000 Syrian refugees had returned since July, according to the Lebanese Caretaker Minister of State for Refugee Affairs, Mouin Merehbi. Such a number contrasts with that announced by General Securit, which put the number of returnees at almost 90,000 during the same period. He went on to criticize what he called a lack of coordination between General Security and his Ministry.

The conflict has displaced more than five million Syrians outside the country, the United Nations says, with more than half displaced to Turkey and most of the rest split between Lebanon and Jordan.

Thousands of Syrians are unable to return because their homes were destroyed during the fighting or because they fear military conscription or retribution by regime forces.