Kurdish meetings to discuss Turkish military movements, civilians killed in Hajin, rising tensions in Idleb and weapon caches found in Daraa. Catch up on everything that happened over the weekend. 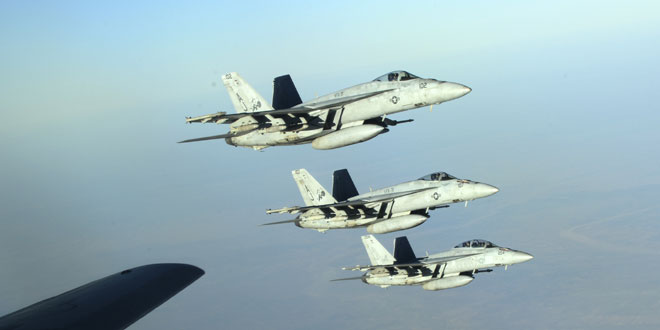 1. Officials from the Kurdish “self-management” and tribal elders held a meeting in the city of Qamishli in northeastern Syria to discuss the Turkish intervention in Syria. The Vice President of the Executive Council of the heavily Kurdish populated territory of al-Jazerra Province said to Smart News Agency that they met with Arab and Kurdish tribes to engage them in the decision making process and to take a “serious position” on the intervention of Turkish troops in the province of Idlib and Afrin and areas of Aleppo. The meeting was attended by elders and the tribes of Baggara, Al-egaidat, Shumar, Tai, Khawatneh, and al-Sharabeen, according to “Azzam.”

2. On Saturday, 40 civilians, mostly women and children, were martyred in the latest aggression launched by the warplanes of the US-led International Coalition in al-Buqa’an village, which surrounds Hajin town, about 110 km southeastern countryside of Deir ez-Zor, local sources said. According to SANA, heavy shelling was continued by Coalition aircrafts on Friday-Saturday night, on Hajin city and the villages and towns around it where dozens of houses were destroyed and hundreds of families were displaced. The death toll is likely to rise due to the difficulty of evacuating civilians trapped under the rubble of houses destroyed by the airstrikes.

3. Despite a fragile buffer zone deal and mounting skirmishes, thousands of people came out on to the streets of rebel-held areas in Idleb and Aleppo provinces to rally against the Syria regime and their key Russian ally. Zaman Al Wasl reported that demonstrators held up the three-star flag of the Syrian revolution and placards recalling the first days of the Syrian revolution in 2011, saying their goal is the toppling of the Assad regime and stopping Russian aggression.

4. Germany is looking into whether Syrians convicted of crimes or who are deemed dangerous can be sent back to their war-torn country, Interior Minister Horst Seehofer said Friday, Al-Araby al-Jadeed reported. “That is being looked at closely by our ministry,” Seehofer told newspaper group RedaktionsNetzwerk Deutschland (RND).

5. On Sunday, authorities a found quantity of US and Israeli made weapons, ammunition and missiles in al-Yadodeh town and in the farms in Daraa’s surrounding countryside. An officer told SANA that, during the process of combing the western countryside of Daraa, US-made TAW missiles, Israeli-made LAW missiles, medium and light weapons, 23 and 14.5 mm ammunition and various mortars were found in al-Yadodeh town. The seized weapons included PKC machine guns, a B-10 machine gun, RPG rounds, a sniper rifle, a DShK machine gun and cameras, the officer said.

This article does not necessarily reflect the opinion of The Syrian Observer. Responsibility for the information and views set out in this article lies entirely with the author.