It is unclear what led caused the women to miscarry their children, but they suspect it could be polluted water reports Zaman Al Wasl. 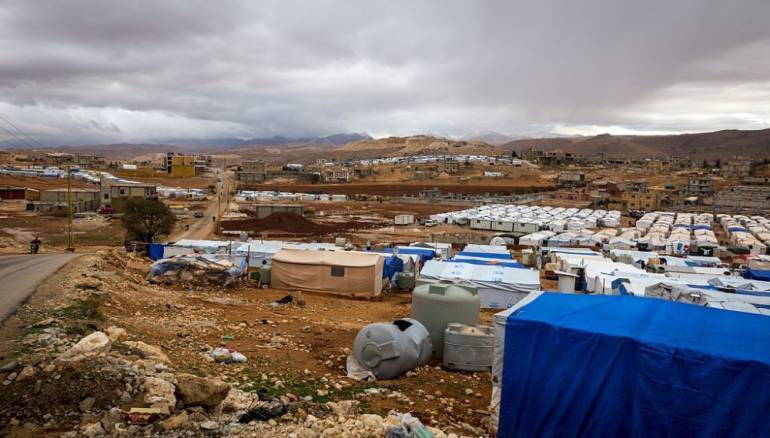 About 20 Syrian refugee women in the Lebanese town of Arsal have experienced miscarriages due to the polluted water that might be carrying a deadly virus, medics told Zaman al-Wasl Wednesday.

A health official in the al-Irshad association, speaking on condition of anonymity, said that all the cases examined showed no physical symptoms that would lead to a miscarriage, such as drinking medicines or carrying heavy weights.

Their health records showed that they had not experienced miscarriages before and that many children had had a normal birth.

Abou Abdul Rahman, one of the Syrian refugees in the Huda camp in al-Masyada district, said that the polluted water is the reason for the tragic loss.

The camp includes 55 families, where five miscarriages have occurred.

"My wife, my sister, my niece and two of our neighbors miscarried on Tuesday, Abdul Rahman said.

According to the Lebanese Caretaker Minister of State for Refugee Affairs Mouin Merehbi, about 55,000 Syrian refugees had returned since July. Such a number contrasts with that announced by General Security last week, which put the number of returnees at almost 90,000 during the same period. He went on to criticize what he called a lack of coordination between General Security and his ministry

The United Nations says, the conflict has displaced more than 5 million Syrians outside the country, with more than half displaced to Turkey and most of the rest split between Lebanon and Jordan

A survey by Zaman al-Wasl on a random sample of 210 refugees in the camps of Arsal, showed that 92% of the refugees had refused to return, while 8% had agreed to return to the towns that they described as safe in the western Qalamoun.