Syria has called for international efforts to halt the agression of Israel and affirms its support for Palestine and its people reports SANA. 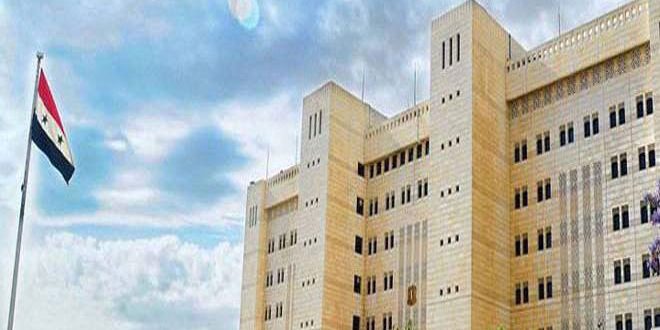 Syria condemned in the strongest possible terms the recent Israeli aggression on the Gaza Strip.

In statement on Wednesday, an official source at the Foreign and Expatriates Ministry told SANA that over the past few days the Israeli occupation authorities have escalated their bloody and racist operations against the Palestinian people in all the occupied Palestinian territories and targeted civilians, children, civil facilities and residential buildings with internationally-banned weapons, killing and injuring hundreds of Palestinians, mostly children and women.

Syria calls on the international community to immediately halt the aggression and expose the criminal nature of Israel and its policy of the continued occupation of Arab territories as the main reason behind tensions and bloodshed, not to mention the unlimited support provided to Israel by US and it tools.

The source concluded that Syria affirms its standing by the Palestinian people and their heroic steadfastness against the Israeli terrorism and supports the Palestinians people’s legitimate aspirations for liberation and return and the establishment of an independent state on its land with (al-Quds) Jerusalem as its capital.