The value of the Syrian pound against the dollar has continued its downward slide reports Damas Post. 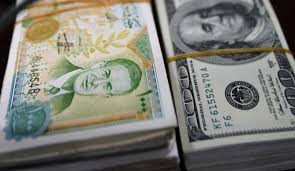 The Syrian pound continued to decline against the American dollar in trading this week in the parallel market, compared to the levels it has recorded in previous weeks. On average, the exchange rate against the dollar reached 478 pounds buying and 480 pounds selling.

The Damascus Center for Research and Studies said in a report that the decline of the pound was due to four reasons. These were namely, the American dollar’s exchange rate hitting its highest value in 2018 against world currencies, the continuing demand for the American dollar in the local market with a need to secure funding for the public sector imports of some basic goods, especially wheat and oil products in the recent period.

In the official market, the exchange rate has stabilized against the dollar in banks and companies, with the Syrian Central Bank continuing to set the price at 436 pounds to the dollar.