Despite the buffer zone agreement, there have been a number of casualties on both sides, following clashes in the northern Hama countryside and Idleb province reports Zaman Al Wasl. 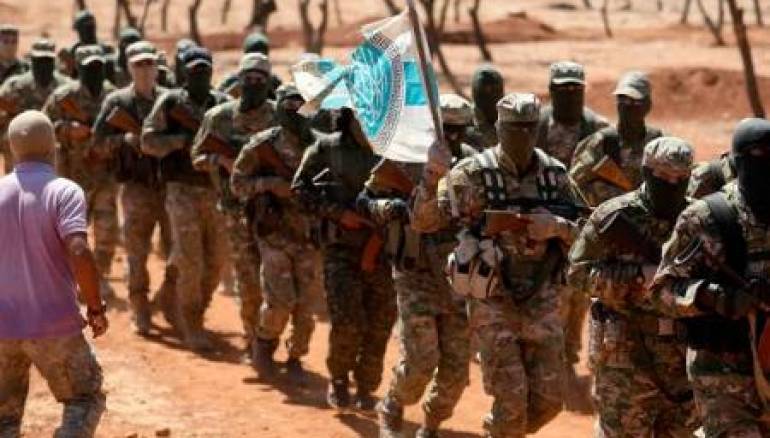 All the formations and units of HTS, an alliance led by Syria's former al-Qaeda branch, and which is the dominant force in Idleb, have been mobilizing units.

A statement issued by HTS accused regime forces of breaching the cease-fire, through unprecedented attacks on the northern countryside of Hama and Idleb province that left casualties, including 10 civilians.

The de-militarized zone was announced by rebel backer Ankara and Damascus ally Moscow in September, and separated regime troops and rebel fighters in Idleb and adjacent areas.

Rebel factions have said they withdrew their heavy weapons from the zone but HTS and other hardline groups have refused to pull out their fighters.

On Saturday, HTS fighters killed at least eight regime troops in the north of Hama province, near the planned buffer zone of Idleb.

Regime forces pushed into the Jaish al-Izaa stronghold, near the town of al-Latameh.

Idleb and some adjacent areas are the last major rebel bastion in Syria, with all former territories now under the control of the Russian-backed government.

It threatened to assault the rebel territory around Idleb, which is home to some three million people, but a truce deal struck by Russia and Turkey averted the onslaught.

Aid organizations warned that a fully-fledged offensive on Idleb could spark the worst humanitarian catastrophe of the civil war.

More than 470,000 people have been killed and millions displaced since the conflict erupted with the brutal repression of anti-government protests in 2011.