Elements of the Syrian Negotiations Committee have been angered by tweets sent by Nasr al-Hariri, which did not specifically condemn al-Nusra Front reports Ana Press. 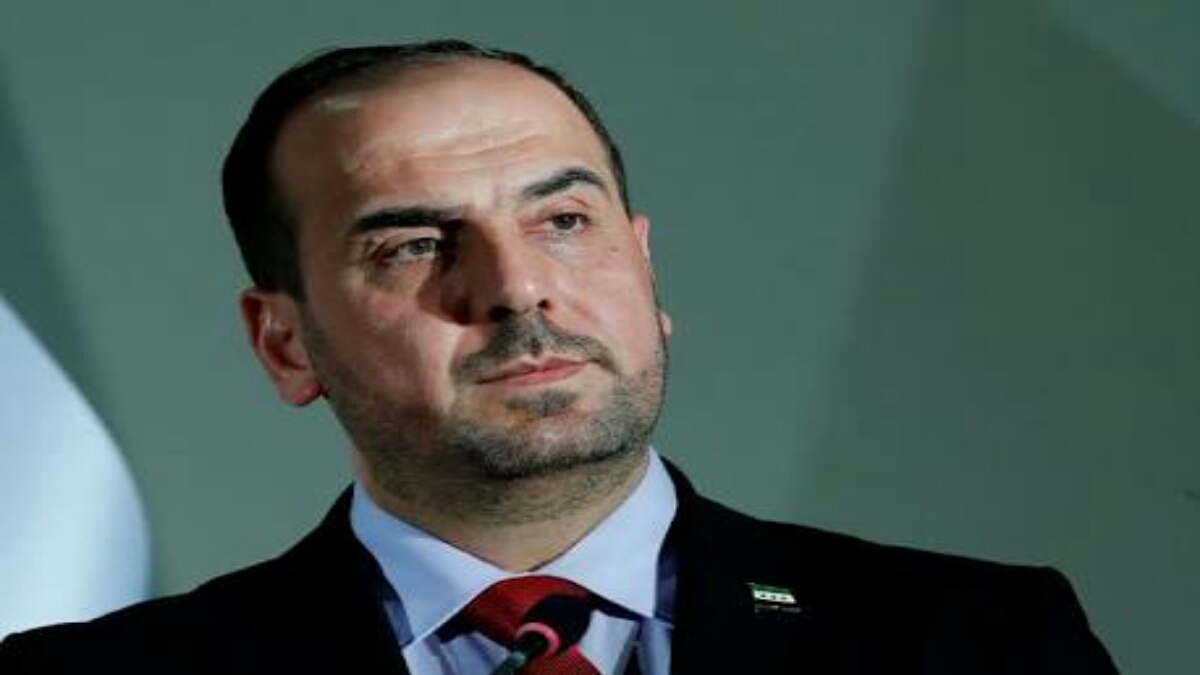 Major controversy has been stirred in the corridors of the Syrian Negotiations Committee after the President of the Committee, Nasr al-Hariri, issued a number of tweets on his Twitter page in which he spoke of the committee’s condemnation of the Syrian regime’s violations of the Sochi agreement on Thursday. The Moscow platform responded to these tweets, criticizing the lack of condemnations of al-Nusra Front in a statement in which Hariri participated.

A source in the committee—who asked not to be named—told Ana Press that the disputes appeared inside the committee because this statement was published on the President’s Twitter page and its content had not been agreed to by the committee’s constituents.

The source said that disputes had been stirred within the committee while formulating a press statement, in which these violations were condemned, in light of the Moscow platform insisting that the violations of al-Nusra Front and its allies be explicitly condemned in the statement, which was not welcomed by some other members of the committee.

The Moscow platform issued a clarification in response to Hariri’s tweets in a press statement issued the next day, saying: “Mr. Nasr al-Hariri, President of the Syrian Negotiations Committee, on Nov. 10, 2018, issued a series of tweets on his Twitter page in the name of the Negotiations Committee, in which he condemned the regime’s violations of the Sochi agreement on Nov. 8, 2018, in addition to saying that this act proved the disruptive position toward the political process taken by the regime and its backers and the dark terrorist powers and their backers.”

The platform added: “The tweets which Mr. Nasr issued were part of a draft statement which constituent members of the Negotiations Committee were still drafting. All elements had not yet been agreed to.”

Regarding the reason for the lack of agreement, it said: “We had asked for there to be condemnation of the violations of all parties, which did not speak only about Thursday, but about before and after it as well. We also asked for al-Nusra Front and its allies to be named specifically, given their repeated violations of the agreement. This was objected to by a representative of the constituents, on the pretext that condemning al-Nusra was not our duty and ‘let the regime go and complain about it at the United Nations.’ Indeed, the representative considered what al-Nusra had done to be a response to the regime’s violation, and amount to a justified response.”

The platform continued in its statement: “The committee leadership has previously overridden an agreement and issued a political positions that does not express the committee as a whole. However this evasiveness is consistent with those who do not consider condemning al-Nusra Front to be in ‘our duties’, and so the matter calls for us not only to declare our innocence of these tweets but also to clarify our independent position as usual, indeed to also bear the responsibility of putting the entire issue in the hands of Syrians, and repeating our question: What does it mean to avoid calling out al-Nusra Front by name and condemning its violations?”

The platform concluded its statement saying: “The Syrian Negotiations Committee is one of the tools for the implementation of Resolution 2254, which is the only and the necessary path to ending Syria’s humanitarian disaster and giving the Syrian people their right to decide their future on their own, and to open the doors for them to formulate their country and political system in a way that serves them and the coming generations. We in the Moscow platform will continue to work with rational and patriotic people inside and outside the committee to push for the implementation of Resolution 2254 in full, and we will spare no effort to reach this end.”