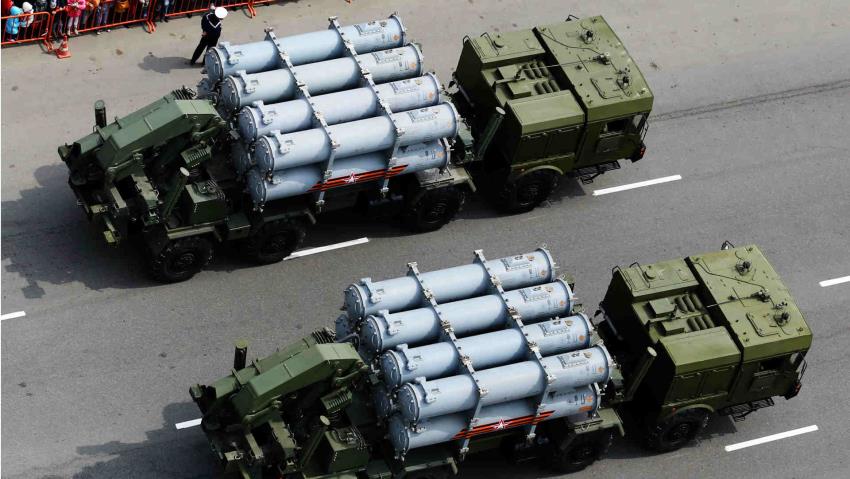 An Israeli minister has warned that Israel would strike Russian-supplied S-300 air defence systems in Syria if they targeted Israeli planes.

Moscow announced new security measures in September to protect its troops in Syria, including supplying the Syrian military with S-300 air defence systems, after a Russian plane was accidentally downed by the Syrian regime following a series of Israeli airstrikes.

Israeli media had highlighted concerns that the introduction of advanced defence weaponry to the Assad regime's arsenal would limit Israel's ability to strike Iranian militia and Hizballah units and missiles in Syria.

Senior officials have vowed to continue to hit targets in the country.

Speaking to Russian media on Monday, Israeli minister Zeev Elkin, who co-chairs the Russia-Israel Intergovernmental Commission, said that Moscow had made a "big mistake" by transferring the air defence system to Syria.

“The Syrian military are not always capable of correctly using the hardware transferred to them. In case of improper operation, civilian aircrafts may be harmed,” Elkin said, according to Israeli media.

Israel would react to attacks on its territory or aircrafts with “practical actions,” which would “undoubtedly take place” against the S-300 system, he added.

“I hope greatly that there would be no Russian military specialists [at S-300 sites]. Israel has for all these years been doing everything it can to make sure Russian military personnel are not harmed.”

In recent years, Israel has carried out over 200 airstrikes in war-torn Syria against Iranian targets and what it says are advanced arm deliveries to Lebanese Shia militant group Hezbollah.

Iran and Hezbollah have been key allies of Syrian President Bashar al-Assad in the seven-year civil war.

Russia and Israel set up a hotline in 2015 to avoid accidental clashes in Syria, where Russia's airforce has been supporting the Assad regime.