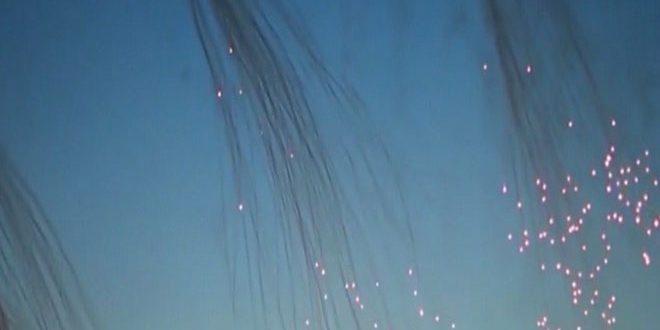 The US-led coalition launched a new aggression against residential areas in Deir-ez-Zor on Monday, claiming the lives of three children.

Civilian sources told SANA ‘s reporter that the US-led Coalition’s warplanes shelled during the past hours the residential neighborhoods in the town of Al-Shafaa in the countryside of Bukamal, killing three children and injuring many civilians.

The sources added that the coalition is striking the civilians’ houses in Al-Shafaa under the pretext of combating Daesh (ISIS) terrorists, causing the displacement of hundreds of civilians.

The assault on Al-Shafaa comes less than 48 hours after a massacre carried out against the town of Hajjin, 110 km east of Deir-ez-Zor, by the international coalition, causing the martyrdom of 15 civilians, mostly women and children.

Civilian sources in Hajjin also confirmed that internationally –banned white phosphorus bombs were dropped by the aircrafts of the international coalition on Al-Souq Al-Jadeed (New Market) in the town. Many civilians were injured, and fire erupted in many shops and houses.