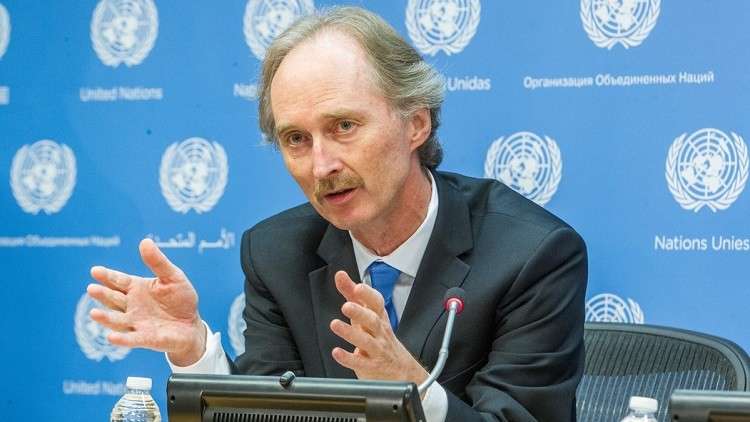 The UN Secretary General Antonio Guterres said in a speech, which he delivered two days ago to the Security Council, about the Norwegian diplomat Geir Pedersen, selected to be the UN Special Envoy to Syria after Staffan de Mistura, that he “consulted widely for the choice, including with the Syrian government.” Did the United Nations consult with the opposition as it was in contact with the regime about the options for its new envoy?

The spokesman for the Syrian Negotiations Committee, Yahya al-Aridi, tacitly denied that there had been contact between the United Nations and the opposition regarding Pedersen’s selection, saying, “It is not important whether there was contact with the Committee or not, but that a fair envoy is appointed who carries out his duties professionally.”

On Wednesday evening, the spokesman told Ana Press over the phone that, “Since [the United Nations] contacted and consulted the regime regarding the new envoy, we should expect compliance with the legitimate international decisions from the regime to enable the new envoy to carry out his duties of easing and facilitating the implementation of international decisions regarding the political transition in Syria.”

The United Nations has officially nominated the Norwegian diplomat Geir Pedersen to become the new UN Special Envoy to Syria following the announcement of Staffan de Mistura’s intention to resign in November for family reasons.

The UN Secretary General Guterres mid last week delivered a speech to the Security Council about the Norwegian diplomat’s nomination after consultations (including with the Syrian regime) and comparing multiple nominees.

According to a UN Security Council statement, the new envoy “will support Syrian parties by facilitating and finding a comprehensive and trustworthy political solution that achieves the democratic aspirations of the Syrian people.”