The US Special Representative on Syria, cited the Russian-Turkish agreement on Idleb and the push to form a constitutional committee as important steps forward reports Al-Araby Al-Jadeed. 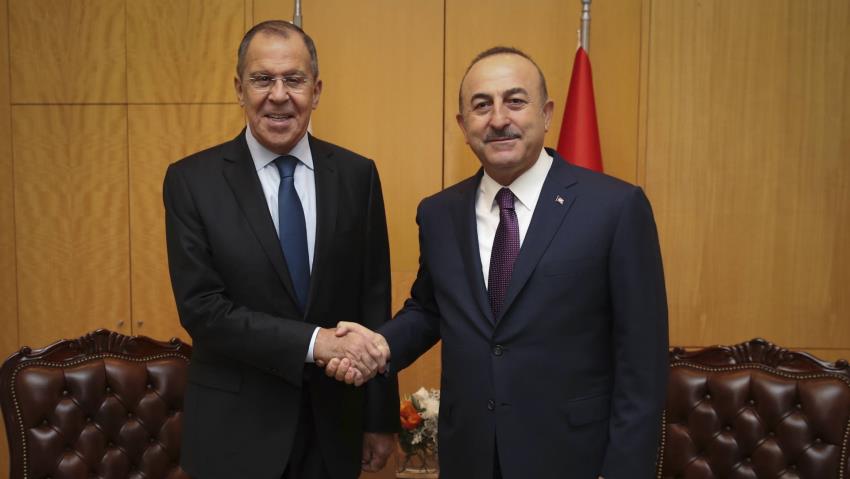 The Istanbul summit took "huge steps" toward ending the civil war in Syria, but the situation remains dangerous with so many foreign armed forces in the country, a top US envoy said on Tuesday.

The leaders of Turkey, Russia, France and Germany met in Istanbul at the weekend and called for a political solution to Syria's seven-year war and a permanent truce in the last major rebel-held bastion of Idleb.

James Jeffrey, the US Special Representative on Syria, argued that the United States even helped bring about the result, despite its absence from the gathering.

"We are very happy with the Istanbul result," Jeffrey told journalists in Brussels during a tour of European and Middle Eastern capitals.

He cited the summit's appeal for the Idleb truce to become permanent and UN Special Envoy Staffan de Mistura's call for a committee by year-end to produce a post-war constitution.

"These are huge steps forward," Jeffrey said. "These would not have happened without the United States."

He added that Washington had been in contact with participants Turkey, Germany and France.

He said US President Donald Trump had exerted diplomatic pressure by informing his Russian counterpart Vladimir Putin in Helsinki that the US military would remain in Syria.

"We are vague on what our military would be doing there but that's a game changer," Jeffrey said.

In the run-up to the summit, Jeffrey said a Russian-Turkish deal for a buffer zone around Idleb was a "major step" that has "frozen" the country's war.

The agreement, reached last month, was seen as forestalling a devastating regime assault on the area, which hosts around three million people.

"The good news is we now have a basically frozen battlefield," Jeffrey said, without minimising the continuing fight with the last elements of the Islamic State.

But he also warned of "real dangers" with so many armed forces present, some of whom could end up clashing with each other.

"We have five military forces from the outside – Iran, Israel, Russia, US and Turkish that are now in close proximity," he said, which could lead to "armies potentially shooting at each other."

He recalled for example the accidental downing last month of a Russian plane with 15 personnel on board, which has tested relations between Moscow and Israel.