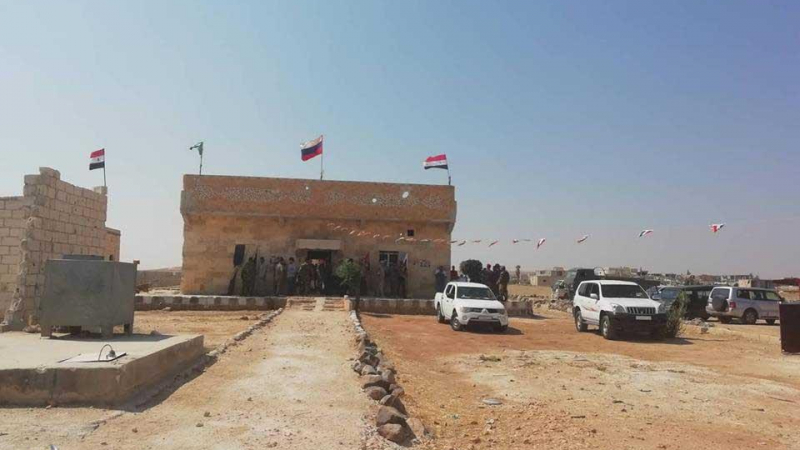 Two days after Syrian regime authorities announced the reopening of the Abou al-Dahour crossing in the eastern Idleb countryside to those who want to return to regime-controlled areas, local sources say that the regime intelligence arrested three women and a child who recently returned to the Qadisiya area near the capital Damascus just hours after their arrival from northern Syria.

The Qasioun agency said that those arrested were previously displaced from the Qadisiya area as part of the deal with the opposition groups in the area. The agency said that a broad security campaign had recently been carried out by regime security agencies around the capital Damascus, during which Military Security patrols carried out raids in Qadisiya, which led to the arrest of ten young men who were sent into military service.

The Bustan Association, which is owned by Rami Makhlouf, a relative of the President Bashar al-Assad, dismissed Akram al-Jameela, who was known as the “Reconciliations Godfather,” in the al-Moadhimiyah area of Damascus because of his “embezzlement of a huge sum amounting to millions of pounds from the association’s allocations to assist residents of the area,” with the Voice of the Capital (Sowt al-Asima) website saying that the decision was a joint one between the Fourth Division security office and the administration of the Bustan Association.

According to the source, the amount embezzled by Jameela amounted to more than 15 million Syrian pounds, since 2016, the date when regime forces took control of al-Moadhimiyah. Jameela was dismissed from the posts he was granted in the Fourth Division and the Bustan Association, but was not transferred to security agencies for investigation.

In addition to his role in the “reconciliations” which have been carried out, Akram Jameela had an active role in completing the deal to return Syrian refugees from Moadhmiyah living in Lebanon.