The murdered women was one of thirty people who were kidnapped by the Islamic State during the deadliest attack on the Druze community since the start of the war writes Al-Araby al-Jadeed. 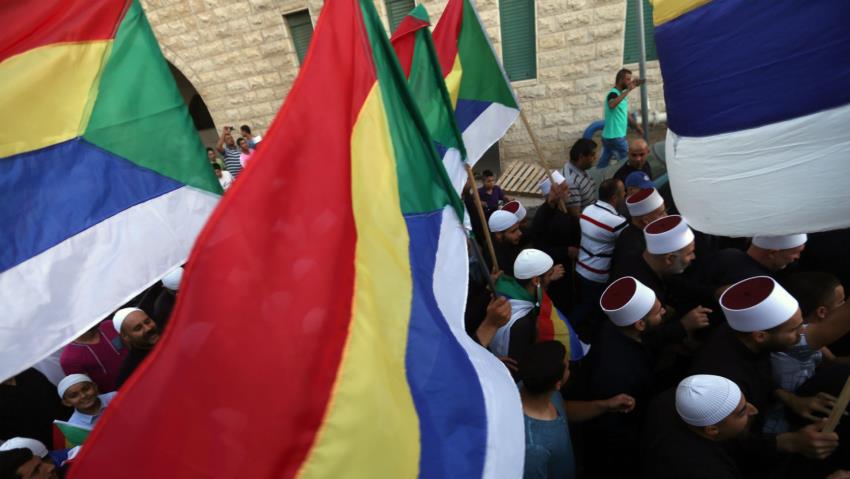 The Islamic State (ISIS) has killed a woman from a group of Druze hostages it seized during a deadly attack in Syria's Suweida province, a source and a monitor said Tuesday.

The 25-year-old was among more than 30 people ISIS militants abducted as they launched the deadliest attack to hit Suweida's Druze minority since the start of Syria's seven-year civil war.

In the attack on Jul. 25, 2018, ISIS waged a series of suicide bombings, shootings and stabbings that left more than 250 people dead across the south-western province, most of them civilians.

It later emerged the jihadists had also kidnapped a group of mostly Druze women and their children, during the attack.

A source familiar with negotiations with the group told AFP that "relatives of Tharwat Abou Ammar were told Tuesday that she had been executed" by ISIS.

The jihadists also sent a picture of her, covered in blood, to a negotiator, the source said.

The Syrian Observatory for Human Rights war monitor said she had been shot in the head.

Like the other hostages, Abou Ammar came from the remote village of Al-Shabaki in the province's eastern countryside, according to the Sweida 24 news agency.

The agency's head Nour Radwan told AFP that ISIS had killed her parents during the attack on the village.

ISIS claimed the Suweida attack via the Telegram messaging app, but it has not mentioned the captives or published pictures or videos of them on its social media channels.

In August, the group executed a 19-year-old male student who was among the captives, Radwan told AFP.

ISIS has been in talks with Syria's regime and its ally Russia to swap the hostages for jihadists held by the regime.

There is little information on what conditions the hostages are being kept in, including whether they are subject to torture or other abuses.

Suweida province is the heartland of the country's Druze minority, which made up around three percent of Syria's pre-war population – or around 700,000 people.