According to a statement, the purpose of the meeting was to secure the proper licences needed to work in regime controlled areas reports Zaman Al Wasl. 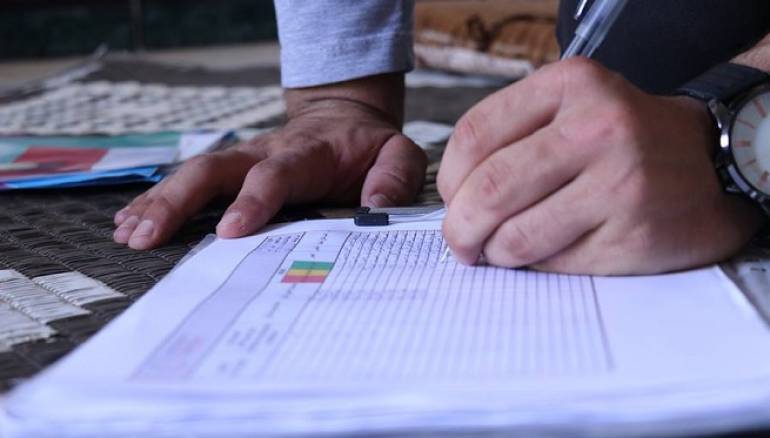 Two major relief organizations, pledged to provide "full clarification" about the rumors that has been recently circulated about their officials meeting with representatives of the regime.

The Syrian-American Medical Association (SAMS) and the Union of Medical Relief Organizations (UOSSM) reported that their position on "the registration and the work in Damascus is very clear and has not changed, and the two organizations have no intention of changing their position as long as the security situation and the restricting conditions on the freedom of humanitarian and civil actions located in Damascus continues" according to a brief statement published by the two groups on Wednesday.

The statement goes "We are working across the border and in neighboring countries, committed to our humanitarian principles and approach, which we have not and will not deviate from it" they pledge to publish a full explanatory statement "on the meeting and its circumstances and all that was written in the report" by the end of this Wednesday.

Activists from several non-governmental organizations (NGO) concerned with the relief of Syrians, were given reports about the meeting with the representatives of the regime’s Syrian Red Crescent, and their coordination, which was considered according to these activists normalization with the criminal regime that is involved in the killing and displacement of Syrians by organizations whose main function is supposed to be saving these people.

The circulating copy of the report, reveals that a meeting was held on Aug. 29, 2018, between the director of the Syrian Red Crescent, Khaled Haboutati, and the representatives of 4 NGOs, Afaq, Maram, UOSSM and SAMS.

The report reveals the aim of the meeting, which was a request licenses for the four NGOs in the regions under the control of the regime. The regime agreed on granting them the license, on the condition that they share their database, including all the names and information with the regime. The consequences of which would be be serious for the people involved.

There was controversy surrounding the the meeting, until the the official statement of SAMS and UOSSM confirmed that the meeting had occurred, but promised to explain the circumstances.