A number of senior officials in the Syrian Air Force have formed a commission, at the request of the Russians, to uncover how a Russian plane was shot down writes Zaman Al Wasl. 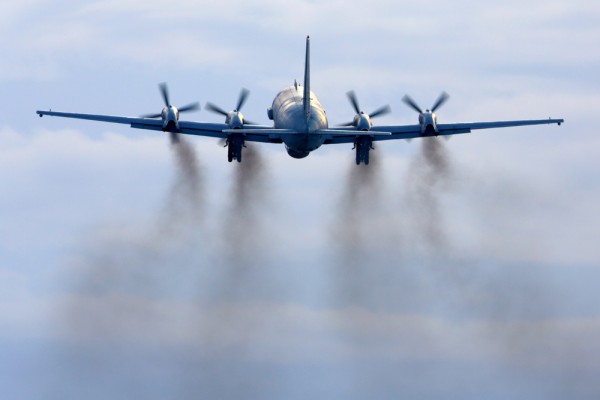 A well-informed source revealed that the Syrian Air Force has formed a commission to investigate the downing of the Russian IL-20, which resulted in the death of 15 Russian troops. The plane was shot down by a Syrian air defense missile on Sep. 17, 2018.

– Major General Fuad Merhej, Deputy Director of Air Operations and liaison officer between the Russian Hemeimeem base and the regime’s Air Force Command.

– General Ghassan Ismail, Deputy Director of the Air Intelligence Directorate, as well as a number of other specialized officers.

The source said that the formation of the committee came at the request of the Russians, pointing out that the commission emerged from a meeting held between senior officers of the Air Force and Air Defense leaders headed by Air Force Commander and Air Defense Major General Ahmed Ballboul.

The commission began its work, according to the source, on Sep. 19, 2018, with investigations of the crews of three headquarters of the Air Force and Air Defense headquarters.

The source also reported that the commander of Regiment 49, whose battalion fired the missile that hit the Russian plane, was to be investigated. In addition to a number of offices from the 71st Brigade in Lattakia.

The Syrian officer, who spoke on condition of anonymity, said the Israeli navy is cooperating with Russia during the search for the remains of the dead and the wreckage of the Russian plane off the coast of Lattakia.

The source confirmed that the Russian air base had ordered the Syrian navy not to approach the site, and not to publish any information about what is happening in the area.

Russia has used the Israeli navy after failing for two consecutive days to determine the whereabouts of the wreckage of the IL-20, according to the source.

On Sunday, the Russian military said "misleading" information from the Israelis caused the downing of a Russian plane in Syria, and denounced the "adventurism" of Israeli pilots.

Military spokesman Igor Konashenkov presented the results of an investigation of how the Russian IL-20 was shot down.

Israel denied this version of events and its air force commander flew to Moscow following the incident, which President Vladimir Putin called a "chain of tragic accidental circumstances."

It was the deadliest known case of friendly fire between Syria and key backer Russia since Moscow's game-changing 2015 military intervention.

Konashenkov said the Russian military received a call from Israeli command at 1839 GMT warning that Israel would be striking "north of Syria", where the IL-20 surveillance aircraft was monitoring the Idlib de-escalation zone.

Russia ordered its plane back to base. Then, "one minute" after Israel's call, its F-16 planes struck targets in Lattakia in western Syria, he said.

"The misleading [information] by the Israeli officer regarding the location of the strikes made it impossible to guide the IL-20 to a safe location," said Konashenkov.

As the IL-20 was landing near Latakia, one of the F-16 planes "began manoeuvres" at 1859 GMT "getting closer to the IL-20," which was interpreted as a repeat attack by the Syrian air defence and resulted in it being shot down, he said.