While congratulating Syria on it military success, the Mongolian President also hoped for reconstruction efforts to begin writes SANA. 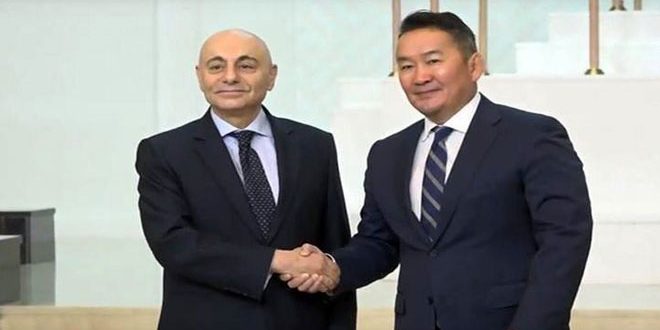 President of Mongolia, Khaltmaagiin Battulga, expressed happiness for the Syrian state’s success in clearing most of its territory from terrorist organizations and restoring security and stability to the country.

Battulga’s remarks came during a meeting with the Syrian Ambassador in Beijing, Imad Mustafa.

The President also hoped that Syria would start the reconstruction process soon.

In turn, the Ambassador affirmed Syria’s determination to cleanse all of its territory of terrorism.