The targeted plane was reportedly carrying weapons that were to be delivered to pro-regime forces and units from the Revolutionary Guard writes Zaman Al Wasl. 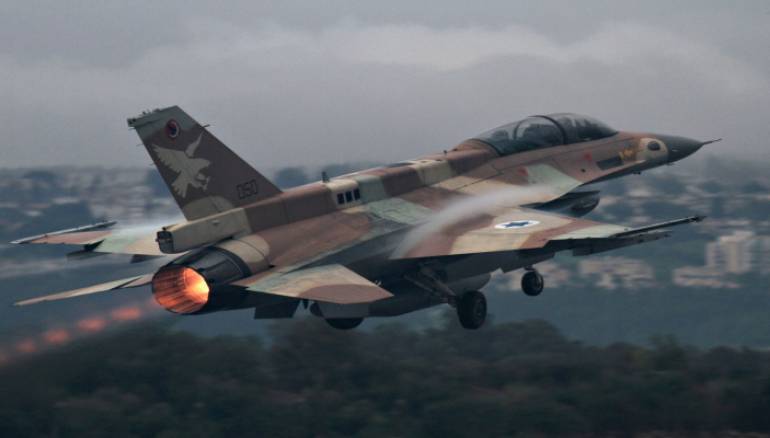 According to a Hadashot TV news report, the Iranian Boeing-made cargo plane was loaded with weapons, and had recently landed at the Damascus International Airport from Tehran.

According to The Times of Israel, the strike targeted several weapons storage rooms at the airport. Efforts were made to disguise the true purpose of the buildings, the report said, with some of the warehouses labeled “United Nations” or “DHL,” the international mail company, in an apparent effort to evade Israeli intelligence-gathering efforts.

The state-run news agency SANA said the regime's air defences had shot down a number of Israeli projectiles.

"Our air defences responded to an Israeli missile attack on Damascus International Airport and shot down a number of hostile missiles," a military source said, quoted by SANA.

The Syrian Observatory for Human Rights, a Britain-based war monitor, said Saturday's strikes hit a weapons depot outside the airport.

Israel has vowed to prevent its arch-foe Iran, which is a main backer of Syria's government, from gaining a foothold in neighbouring war-torn Syria.

Earlier this month, Israel acknowledged having carried out more than 200 strikes in Syria over the past 18 months, mainly against Iranian targets.

It has also admitted striking Syria to prevent what it says are deliveries of advanced weaponry to Lebanon's Hezbollah, an armed movement backed by Iran and which fights alongside Syrian troops.

The last reported Israeli strikes on Syria took place on Sep. 4, 2018, when Syrian state media said the military's air defences downed several missiles in the coastal province of Tartous and in central Hama.

The Observatory also reported those raids and said they killed three Syrian soldiers.

Syria's conflict erupted in 2011 and has since killed more than 360,000 people, with millions more displaced internally and to neighbouring countries.

After losing swathes of territory to rebel groups, President Bashar al-Assad's troops have regained the upper hand and are now in control of around two-thirds of the ravaged country.

They have been bolstered for nearly three years by airstrikes conducted by their key ally Russia and Iran, with Iraqi, Lebanese, and other foreign fighters on the ground.

Soldiers and other loyalist fighters have been amassing around Idleb, the largest rebel-held zone left in Syria, for several weeks.

But Russian Foreign Minister Sergei Lavrov denied that Syrian troops were planning a major offensive for the area.