Obama, who faces chiefly Republican criticism for not offering the rebels American weapons or taking other steps to beat back Assad’s armed forces, said the money would help Syrians under fire and those who have fled to neighboring countries. 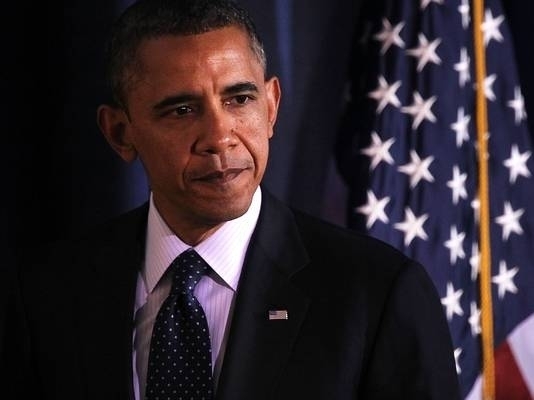 President Barack Obama announced on Tuesday $155 million in humanitarian aid to the Syrian people, and defended his handling of the bloody conflict. Obama said the aid sends a message to the world. [See the Video]

“The relief we send doesn’t say ‘Made in America,’ but make no mistake—our aid reflects the commitment of the American people,” he said in a video posted on the White House website. The message includes Arabic subtitles.

Obama, who faces chiefly Republican criticism for not offering the rebels American weapons or taking other steps to beat back Assad’s armed forces, said the money would help Syrians under fire and those who have fled to neighboring countries.

Syrian activists were divided regarding this annoucnement. Omar Qaddour, an activist and writer, described this as a "bribe from the leader of the super power to the Syrian citizens." Others, however, hailed the announcement. Yassin Sweihat, a writer, compared on his page on Facebook between Obama who addressed the Syrian audience directly, and President Assad who has not yet addressed his people directly.

“I want to speak directly to the people of Syria,” he said in the video. “This new aid will mean more warm clothing for children and medicine for the elderly; flour and wheat for your families and blankets, boots and stoves for those huddled in damaged buildings.

“It will mean health care for victims of sexual violence and field hospitals for the wounded,” he continued. “Even as we work to end the violence against you, this aid will help address some of the immediate needs you face each day."

“We’re under no illusions. The days ahead will continue to be very difficult. But what’s clear is that the regime continues to weaken and lose control of territory,” Obama said.

“The opposition continues to grow stronger," he added. "More Syrians are standing up for their dignity. The Assad regime will come to an end. The Syrian people will have their chance to forge their own future. And they will continue to find a partner in the United States of America.”

No direct response is yet fro the Syrian government or the major opposition groups.