The repeated suicide bombings and the random targeting of civilian districts in Damascus and many Syrian provinces with mortar shells have characterized the activities of the foreign and regional-backed armed terrorist groups in Syria, the Foreign and Expatriates Ministry said on Tuesday, citing as an example the latest terrorist suicide explosion which rocked the […] 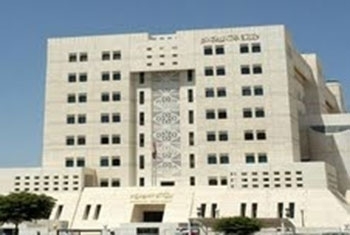 The repeated suicide bombings and the random targeting of civilian districts in Damascus and many Syrian provinces with mortar shells have characterized the activities of the foreign and regional-backed armed terrorist groups in Syria, the Foreign and Expatriates Ministry said on Tuesday, citing as an example the latest terrorist suicide explosion which rocked the Sabe' Bahrat and al-Shahbandar areas in Damascus and which claimed the lives of innocent Syrians and caused huge material damage.

In  two identical letters to President of the UN Security Council and the United Nation Chief, the Ministry said that these terrorist attacks have been targeting civil institutions including education, media, cultural, medical, religious and humanitarian facilities. The political and financial support being provided by foreign and regional countries to the armed groups and mercenaries in Syria allows perpetrators to give no heed to laws and makes them think that they will keep away from any kind of accountability in the light of the double standard policies of some countries as regards their commitment to fighting international terrorism.

The Ministry pointed out that the Arab League's (AL)  latest decision, which was adopted in March 26th, 2013 and which called for arming and financing terrorists, has evidently proved the AL's carelessness about countries' legal obligations concerning terrorism fighting and it turned the AL to be a tool for destabilizing the region.

The Ministry's letter stressed that making the political settlement efforts to solve the crisis in Syria based on national dialogue a success, necessitates from the countries which provide funding, training, arming and sheltering to terrorist groups to halt such a policy as it violates their international obligations as well as UN resolutions.

"Syria reiterates its call on the Security Council to adopt a firm and clear stance that confirms its keenness to fight terrorism  and sends a message to the terrorists and the countries backing them stressing that the international community is serious about fighting this plague wherever it is and whenever it happens," the Ministry said.

It concluded by affirming Syria's determination to combat terrorism and chase the terrorists through carrying out the Syrian Arab Army's duty to defend the integrity of the homeland and its national institutions and to preserve the state's sovereignty.

�dwP7��ppening in Syria will give Islam a bad name for a long time and will set back Syrians who are proud and happy to be Muslims – to be part of a religion where even the basic greeting is an invitation to peace . A Religion where negotiation is accredited and where its role is to facilitate the lives of its followers rather than to make difficulties . It will take a long time for Syrians to forgive what is being done in Syria to Islam, equating that heavenly religion with terrorism, fanaticism and hatred .