The UN’s high commissioner for refugees, António Guterres, told London’s Guardian newspaper that the fighting in Syria was the worst humanitarian disaster since the fall of the Berlin Wall, and was already more destructive than the conflicts in Iraq and Afghanistan. 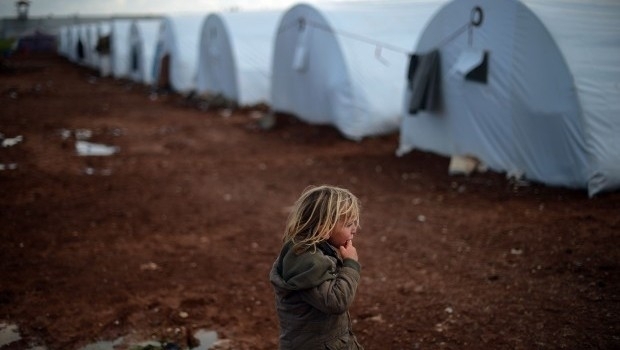 As the latest “Friends of Syria” meeting gets underway in Turkey, the head of the UN’s refugee agency warned yesterday that the conflict in Syria may well have created the worst refugees crisis in the agency’s history.

The UN’s high commissioner for refugees, António Guterres, told London’s Guardian newspaper that the fighting in Syria was the worst humanitarian disaster since the fall of the Berlin Wall, and was already more destructive than the conflicts in Iraq and Afghanistan.

He said: “”I don’t remember any other crisis where we are having 8,000 [refugees] per day [fleeing the country], every day since February . . . There will very likely be 3.5 million by the end of the year. We will have half the population of Syria in dire need of assistance and this is incomprehensible.”

According to UN figures, there are over a million displaced Syrians outside the country, with more arriving in Turkey, Jordan, and Lebanon every day, together with an estimated 3 million internally displaced. Overall, the organization estimates that there are currently 6.8 million Syrians who require emergency aid, and this is likely to rise to 10 million, out of a pre-war population of 22.5 million people.

This has led other UN officials to warn of an imminent funding crisis, as the UN High Commission for Refugees (UNHCR) and others struggle to cope with the scale of the problem.

Over 70,000 people are estimated to have been killed in the fighting in Syria, which began just over two years ago.

Meanwhile in Istanbul the “Friends of Syria,” a group of 11 countries including the US, UK, France and several Arab states, are meeting today with representatives of the Syrian opposition.

The US secretary of state, John Kerry, is scheduled to attend the meeting, but is unlikely to give American backing to calls from within Syria from opponents of Bashar Al-Assad’s government for arms.

This comes in addition to a previous aid package of USD 117 million, which included similar items. The US has also been supplying food and medical items to rebel-held areas directly since February, though it has made efforts to ensure this remains low-key out of concern that aid workers could become targets for reprisals.

The UK and France, who will have representatives at the meeting in Istanbul, are expected to push for the relaxation of the EU arms embargo, which is scheduled for renewal next month, though Germany is understood to be reluctant, citing concerns that more weapons could simply worsen the bloodshed and possibly reach terrorists associated with Al-Qaeda.

The German foreign minister, Guido Westerwelle, told reporters in Istanbul: “We are skeptical . . . when it comes to delivering weapons because we are concerned that weapons could fall into the wrong, namely extremist, hands, but it is a matter that must now be discussed in the European Union.”