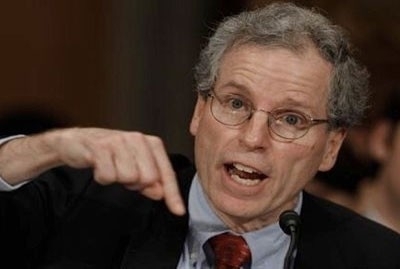 "Former" U.S. Ambassador to Damascus Robert Ford reportedly issued instructions from the Obama administration to the members of the opposition "National Coalition of Doha" in Istanbul Friday to join political efforts.to solve the crises in Syria, in accordance with an agreement from Moscow and Washington last week.

Media reports said that Ford met with Coalition members to convince them of the importance of joining in negotiations with Syrian government.

The Coalition, however, was established on the basis of rejecting any such dialogue with the regime, the Geneva Declaration and all other peaceful initiatives to end the crisis. It called for military support for the terrorists operating in Syria and for foreign intervention in all different forms.

It remains unclear, however, whether Ford advised or ordered the opposition to join the dialogue, after he told them that the American attitude has not changedafter reaching an agreement with Russia. He said America's position is based on the same conditions, despite the fact the Geneva Communique did not specify any pre-conditions for talks and the fact that the Coalition, led by the United States, failed to impose its conditions on Syrian people, despite political and diplomatic pressure and its open support for foreign terrorists operating in Syria.

Ford told Coalition members that by not participating in dialogue, they will harm America itself, reportedly adding that political negotiations are the fastest way reach a solution that all wish for.

Other media sources said that Ford tried to convince so-called Damascus Declaration opposition bloc to participate in the dialogue in order to increase the pressure on the Muslim Brotherhood which forms the majority in the Coalition.

Ambassador Ford has reportedly crossed into northern Syria on Thursday to meet with Syrian opposition leaders. A State Department official confirmed that Ford had “spent some time” at a border crossing to discuss the situation in Syria with  members of the Free Syrian Army and the Syrian opposition.
National Public Radio had earlier cited Syrian activists as saying Ford met with a rebel leader from Aleppo who thanked him for the delivery of some food aid being provided by the U.S.
Ford arrived in Turkey on Wednesday after having been in Moscow with Secretary of State John Kerry for meetings with Russian officials to get their support for a renewed effort towards a political solution for ending the civil war in Syria.  Russia supports diplomatic initiatives for a transition but continues to provide support to the Assad regime.
The talks in Russia resulted in plans for an international conference to take place later this month at an undetermined location.
In Rome after the Russia visit, Kerry said of the conference, “There’s a very positive response and a very strong desire to move to this conference and to try to find, at least exhaust, the possibilities of finding a political way forward.”