Visitors crossing from Turkey to Ras al-Ayn, a sleepy border town in eastern Syria, are now welcomed by the unlikeliest of characters: a Catholic member of what is considered an extremist Islamist rebel group. 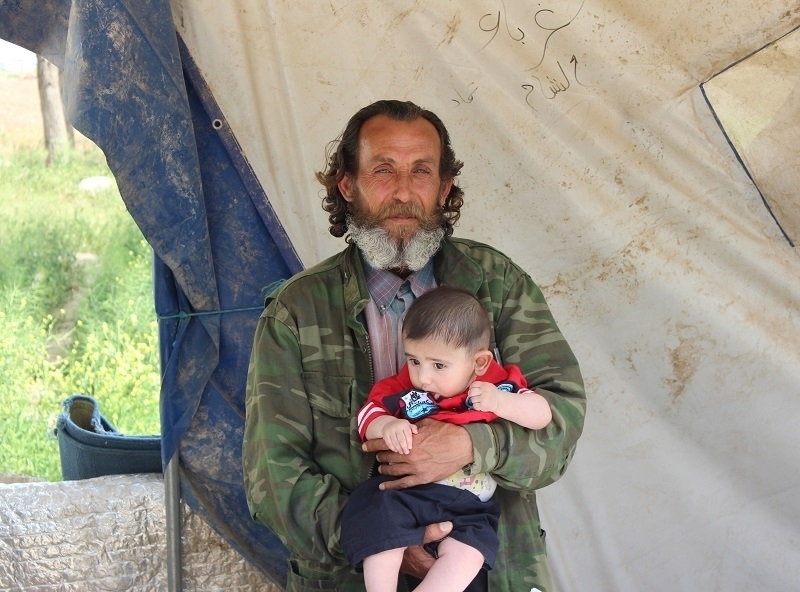 Visitors crossing from Turkey to Ras al-Ayn, a sleepy border town in eastern Syria, are now welcomed by the unlikeliest of characters: a Catholic member of what is considered an extremist Islamist rebel group.
Noam Moses Malkeh is an administrator at the gate that is controlled by the Islamist group Ghuraba al-Sham. A Ras al-Ayn native, Malkeh said he was one of seven people to first protest against Bashar al-Assad’s regime on April 8, 2011. When the battle came to his town, Malkeh, along with his brother Ziad, decided they had to play a role.
“Christians and Muslims share the same God and the same prophets, and we will all be judged by God in the end. Syrians are facing a common enemy today, and though we have different religions, we should all face the same dangers together,” he said.
Malkeh is definitely an outlier among Syrian Christians, who have largely remained neutral and shunned the opposition movement against the Assad regime. “I’ve had my differences with the church and haven’t attended mass for over a decade,” he said. “The clergy neglected the needs of their flock before the revolution, and as we can see from their position today of either being silent or siding with the regime, it’s clear the church’s leadership doesn’t protect the interest of Christians nor promote the message of Jesus.”
Straying from the church hasn’t turned Malkeh away from his religion. He doesn’t have a problem with the Roman Catholic Church – just the Syrian clergy. “The regime corrupted my church, just as it corrupted the mosque,” he said.
Manning the border control desk in Ras al-Ayn is the first steady work that Malkeh has ever had. The 48-year-old is disabled, and though he has trained as an electrician at a vocational school, he has only been able to find occasional employment in the past, at times selling vegetables on the street. “I’ve been a burden on my friends and brothers, and I never received government assistance for my disability,” he said. His left leg limits his ability to fight, but he helps with logistics.
His work on the border consists of documenting all who enter the country and cross-checking them with the Turkish side. Ziad Malkeh, his brother, has joined battles, but most of Ziad’s time these days is spent liaising with the various minorities in the area.
Ras al-Ayn, a city of over 50,000, has a Kurdish majority and significant ethnic minorities of Arabs, Kurds, Armenians, Circassians, Assyrians and Turkmen, along with Christian, Sunni and Yezidi religious groups. Straddling the Turkish border at the town of Ceylanpinar, its diversity is highlighted by its three names: Ras al-Ayn (Arabic), Serekaniye (Kurdish) and Reish ‘Eino (Assyrian).
The town was the scene of deadly clashes between Islamist rebels and Kurdish groups this year, but a truce has held since February and civilian life has since returned. Malkeh is optimistic that peace will continue. “If there was deep sectarian hatred here, there would be nobody left,” he said. But he admits that tensions between Kurds and Islamists remain, and said the solution is for all sides is to view themselves as Syrians first. “This doesn’t mean we should forget our culture and religion, but that we should interact as citizens with equal rights, rather than warring sides who want to subjugate the other.