Kilo pledged to quit the Coalition if it does not maintain independence in its decisions and performances. 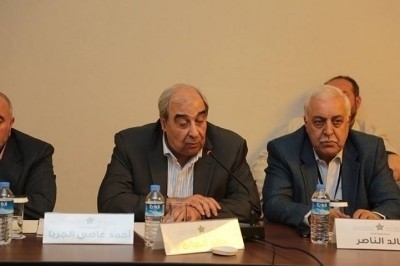 Micheal Kilo, the new member of the Syrian National Coalition, said Thursday that the recent expansion of the group is an expression of the national Syrian will.

In a statement to Zaman Al-Wasl, Kilo pledged to quit the Coalition if it does not maintain independence in its decisions and performances. He pointed out that the position of president of the Coalition is not a priority and he has no ambitions towards it, stressing that work on the ground is more important than any of its other business.

''I call on all parties to work seriously and collectively for the success of the Coalition,'' Kilo said.

He also announced that he would propose a Charter of National Action, saying he hoped it would be accepted by opposition figures, but without disclosing any details.

Head of Democratic Platform, and a recently added member of the Coalition, Kilo also criticized those who had accused him of creating bloc of seculars and Alawites within the coalition.

He said that as an educator and political dissident, he will not burn himself through sectarianism or position jostling.

Characterizing the Syrian crisis, Kilo said it is wrong to limit the crisis to Bashar Assad as a person, saying it is also a crisis of a nation, its society and in authority.

''We have to successfully overcome this to build a democratic Syria on the ruins of the current system as soon as possible.'' Kilo concluded.