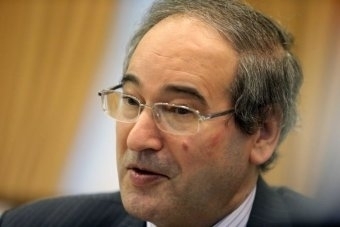 The elderly father of Syrian Deputy Foreign Minister Faisal Mekdad who was abducted on May 18 from his house was freed on Thursday, a security source told AFP.

Mekdad's "father was released at 7:00 pm, near his home in the province of Daraa" in southern Syria, the source said.

The old man was abducted and beaten in front of his family, as was announced then by the Syrian government.

Observatory chief Rami Abdel Rahman said Mekdad's father, 84, who was not named, was seized "in reprisal for the arrest by regime forces of relatives of one of the armed men".

There was no claim of responsibility for the abduction.