Hundreds of Hezbollah fighters have grouped near Shiite villages 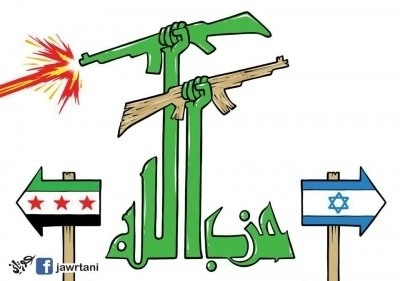 Dozens of Hezbollah militants have occupied a school close to Shiite villages in Aleppo, in a move to make their military presence felt, the Aleppo Media Center has reported.

Some 500 fighters have gathered there in an attempt to break an FSA siege on the pro-government towns of Nobul and Zahraa, which are the main source for Shabiha military reinforcements, the center reported.

In May, Hezbollah chief Hassan Nasrallah publicly pledged his forces to help support their allies, the Assad regime.

"This battle is ours … and I promise you victory," he said in a televised address.

Western and Israeli analysts fear that Hezbollah fighters, armed with sophisticated Iranian missiles, may tip the balance on the battlefield against Sunni rebels.

In June, more than a thousand Hezbollah fighters helped Syrian forces retake the strategic city of Qusayr. Israeli military officials say Iran and Hezbollah are marshaling tens of thousands of fighters in to Syria in support of the Assad regime, according to a recent CFR study.