Families were told to sign for Shaheen's body, and claim he died for health reasons 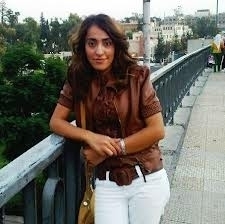 Syrian intelligence has killed a poet and dentist, Eyad Shaheen under torture, two days after his arrest, Syrian activists said.

The activists circulated news that Shaheen was arrested on Monday for his political views opposing the Assad regime.

As is customary, his family received a phone call from security officials to tell them the prisoner is dead. The family were informed they should sign a paper saying that the dead man passed away as a result of health problems and not torture.

Separately, the Counter-Terrorism Court has freed Journalist Shaza al-Maddad after 8 months of detention.

The Press Freedom organization reported Maddad's 1 November arrest, following a summons to appear at the offices of the domestic intelligence agency. She did not emerge publicly following the meeting.

Maddad has worked for several private media publications including Baladna, Al-Watan, the Kolona Shorakaa and Damascus Post news websites. She had previously been summoned by the intelligence services. The first time followed her return from the United States, where she had participated in a broadcast on journalists’ work around the world. She had also been arrested after resigning from the Damascus Post after a dispute with editors over coverage of the Syrian conflict.