ISIS decided to cut off financial and other kinds of support it used to provide to al-Nusra Front, which negatively impacted the morale of Nusra fighters 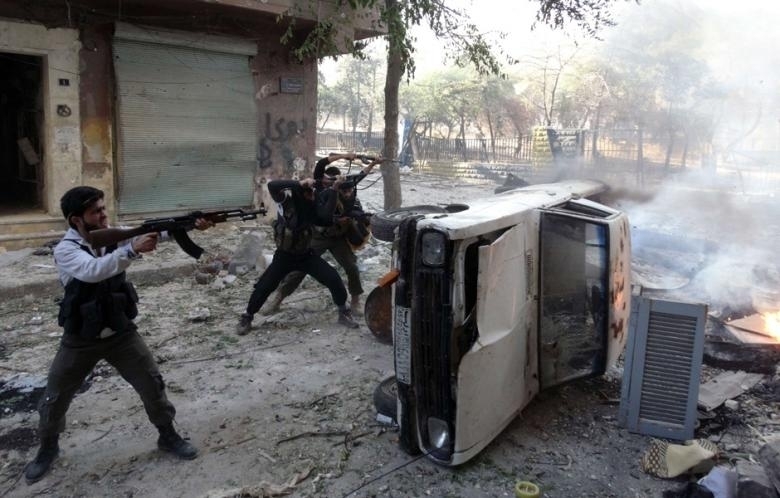 The conflict between jihadis in Syria is not over. Although the differences have not led to internal armed conflict, the financial impact has hit al-Nusra Front, whose funding was cut off recently by Islamic State of Iraq and Syria (ISIS). Attempts at reconciliation have failed, and the ISIS emir rejects arbitration.

The Islamist Spring has only just begun, but its followers are already beginning to split. This is a fatal blow to the jihadis, especially since attempts at arbitration have failed more than once, the reason being Syria. The country used to be "where the heart is" for jihadis, but now they are fighting over its control.

Attempts at mediation by some sheikhs have failed due to the reticence of ISIS emir, Sheikh Abu Bakr al-Baghdadi. Following al-Qaeda’s Ayman Zawahiri's statement calling for al-Nusra Front to remain in the field and for ISIS to withdraw to its bases, Baghdadi rejected the idea through a voice recording titled, "The State [ISIS] Will Remain."

The dispute among the emirs led to a conflict on the field between the fighters. This led the ISIS emir to boycott al-Nusra Front's commander Sheikh Abu Mohammed al-Golani, calling him a "renegade who split from the Islamic State." Additionally, ISIS spokesperson Abu Mohammed al-Adnani, in another audio recording, attacked Golani, accusing him of "going against consent, breaking the stick, and sowing the seeds of discord among jihadis."

Adding to the boycott, ISIS decided to cut off financial and other kinds of support it used to provide to al-Nusra Front, which negatively impacted the morale of Nusra fighters, since all their needs were provided by ISIS.

According to jihadi sources, ISIS’ main source of funding, in addition to ransoming hostages, are the oil fields they control inside Iraq. This has been supplemented recently by oil fields in the Syrian cities of al-Raqqa and Deir al-Zour.

However, the group is now an orphan, despite being the official arm of al-Qaeda.The funding slash went hand-in-hand with an ideological disagreement over the designation of a leader. The decision of whom to follow was left to the fighters and most decided to remain with Nusra. Their position was supported by Zawahiri, who decided to support Golani in this phase. However, hundreds of fighters switched to ISIS, saying "the banner of the State is bigger than that of the Front. Thus, ISIS is more worthy of allegiance.”

To this effect, information is beginning to surface about an internal debate in al-Qaeda's Supreme Shura Council on whether ISIS in an intrinsic part of the mother organization or if it became an independent jihadi organization.

Al-Nusra Front is now facing a financial crisis and lack of liquidity, but this does not impact its military equipment since its fighters were able to capture weapons factories in several areas. However, the group is now an orphan, despite being the official arm of al-Qaeda. Islamist sources explain that it fights the battle of unifying the Islamist front.

To this effect, an agreement to unify Islamist brigades active in Syria was signed by al-Nusra Front with several groups, the main components of this alliance being Ahrar al-Sham, led by Abu Abdullah al-Hamwi; al-Tawhid brigade, led by Abdul Qadir Saleh; and Liwaa al-Islam led by Zahran Alloush.

Despite rumors about a disagreement between the alliance's leadership and Alloush, sources from both sides maintain that "the relationship is more than fine."