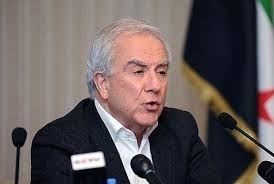 The Syrian National Council, a key group within Syria’s mainstream opposition National Coalition, reaffirmed on Friday it will not attend the “Geneva II” peace talks scheduled for later this month in Switzerland.

The talks were originally scheduled to be held in the Swiss city of Geneva but have been moved to nearby Montreux and a Jan. 22 date for the peace talks has been set.

Although the National Coalition which has still not taken a definitive decision, Nashar forecast that the umbrella organization would similarly not show up.

The statement reiterates an earlier announcement by SNC president George Sabra in October that the group had taken a “firm decision” not to attend the talks. Sabra had also said the SNC would withdraw from the National Coalition if it decided to attend.

The group has long insisted that it refuses to negotiate until President Bashar al-Assad’s regime exits power.

Nashar said the decision was taken after many meetings, including with the “Friends of Syria” grouping of states that support the opposition, U.N.-Arab League envoy Lakhdar Brahimi and the Russian foreign ministry.

“The whole idea of Geneva is flawed. It is based on bridging the demands of the Syrian regime and the opposition, placing them on an equal footing. We reject this,” said Nashar.

“There is nothing the international community has to offer that would make us revise our earlier decision.”

The SNC has long held the view there should be no talks without guarantees they would lead to Assad’s fall.

“And the message we are getting is that whether Assad stays or goes will be up to the Syrians to decide. The United States supports our demand that he must fall but the Russians do not accept this as a precondition,” said Nashar.

Despite the date being set, doubts still remain over whether the conference will go ahead.

“You have to look at what the revolutionaries on the ground are saying: they too reject Geneva,” said Nashar.

“What this means is there will be no Geneva at all,” he added.

In statements to pan-Arab newspaper al-Hayat this week, head of the National Coalition Ahmad Jarba accused the Syrian regime of obstructing the international conference from going ahead

Jarba addressed the countries brokering Geneva II talks, including the U.S., Russia, France and Britain, asking them, “Do you want to just hold the conference or make a success out of it?

“It is possible to hold [the conference], yet it is impossible for it to succeed. If they want to hold the conference for the sake of media [propaganda] so that cameras can show the world’s foreign ministers gathering, in an attempt to prove to the world that the president and members of the Syrian opposition are sitting with representatives of the Syria regime and to just have every speaker deliver a speech and leave, this is shameful. I feel that this is what many foreign ministers want. Then, after all of this they tell the Syrians: Leave now, while the fighting is going on. This does not work and will prove ineffective in li