The latest evacuation fell outside the U.N.-brokered agreement 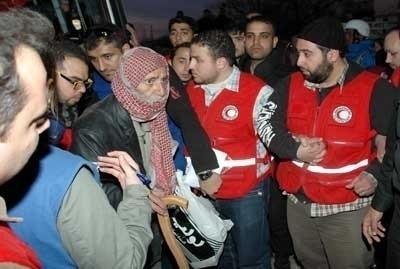 In cooperation with local committees and clergymen, the Homs Governorate on Wednesday evacuated 11 people from the Old City of Homs, the majority of them children, women and elderly.

Homs Governor Talal al-Barazi told reporters that the evacuation was carried out outside the agreement that was reached with the U.N., adding that the terrorist groups in the old city tried to prevent the process by detonating explosive device and opening fire on the passage that the evacuated persons used to leave the city.

In recent days, hundreds of people were evacuated from the Old City under an agreement between the Homs Governorate and the U.N.